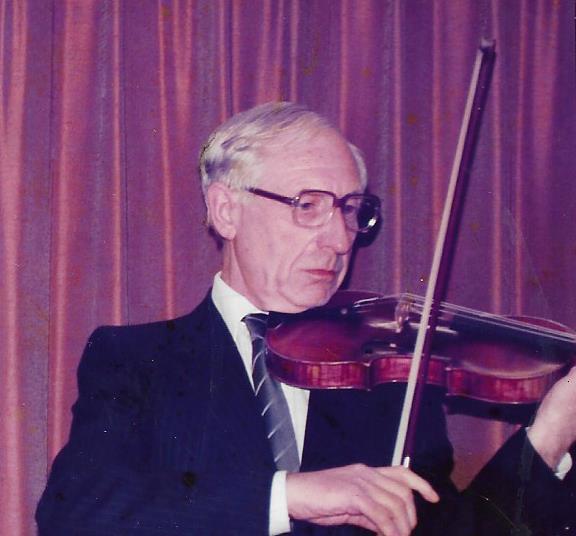 Violin dealer and connoisseur Norman Rosenberg died Feb. 17 at the age of 95. For decades he was considered one of the leading experts on stringed instruments, with dealers and auction houses often trusting his judgment when it comes to authenticity and certification. He was also an occasional writer for The Strade‘s In Focus, with articles on John Lott, Giambattista Bodio, Philippe Bernardel and Georg Klotz among others.

Born in Liverpool on October 21, 1926, Rosenberg was the eldest of four children. His grandfather and father both owned antique shops, while his uncle collected violins. To escape the Blitz in 1941, the family moved to Northern Ireland, where Rosenberg worked in a factory manufacturing parts for Spitfires and other aircraft. Although he took some formal violin lessons, he was largely self-taught, using a copy of Flesch The art of the violin.

Rosenberg moved to London when he was 22. He became a member of the Wembley Philharmonic Orchestra in 1951 and conducted it for many years, and also conducted the Ben Uri Orchestra. He turned down offers to tour with the London Philharmonic Orchestra as well as Bruno Mantovani, as he disliked traveling and following a routine, and preferred his life to occupying himself with musical instruments. He has also composed music, with his violin song played as an encore at Wigmore Hall in London and several choral tunes for the Hampstead Synagogue.

As a violin dealer, Rosenberg was consulted by many auction houses about the identity of the instruments they were selling. Musicians would visit him to discuss methods of playing different instruments, and he helped many young musicians by lending them instruments early in their careers. He also often invited friends over to play quartets and trios.

Government suffers string of defeats at Lords over immigration overhaul