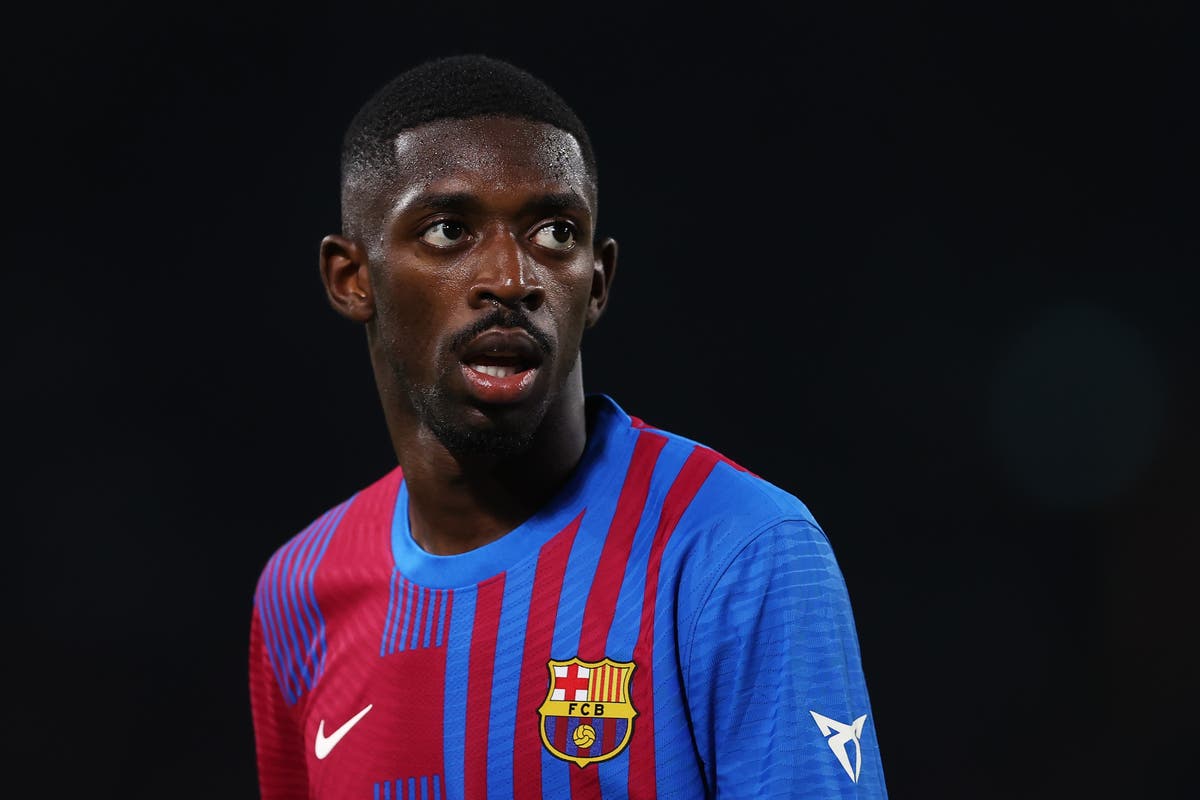 The summer transfer window is almost open for business, with Chelsea reportedly the favorites in the race to sign Ousmane Dembele from Barcelona as they also compete with Arsenal for Gabriel Jesus as a potential replacement for Romelu Lukaku.

United are also in talks over Darwin Nunez but could be beaten to that particular deal by rivals Liverpool, who are reportedly preparing an opening bid for the Benfica striker.

Italian defender Alessandro Bastoni appears to be staying at Inter Milan, who are doing all they can to secure Lukaku’s return, while Bayern Munich have failed with a second offer for Sadio Mane.

Meanwhile, Bukayo Saka appears to be staying at Arsenal despite interest from Liverpool and Manchester City.

Catch the latest LIVE transfer news with the Standard Sport blog below!

Has Bukayo Saka hinted he will stay at Arsenal next season?

Doubts over the England winger’s future at the Emirates have circulated as he enters the final two years of his contract.

Liverpool and Manchester City are both known to have an interest in Saka, who retained Arsenal’s Player of the Season award earlier today – becoming the first player to do so since Thierry Henry in 2004.

In a video thanking fans for voting for him again this season, the 20-year-old said: “See you next season.”

Is Frenkie de Jong on his way to Manchester United?

Erik ten Hag is keen to make Barcelona midfielder and Dutch team-mate Jurrien Timber one of his first signings at Old Trafford this summer.

United are known to have been in talks over De Jong for some time now as fans eagerly await further updates.

The Daily Express cite a new report suggesting that the 25-year-old is the only Barca player to completely empty his locker at Camp Nou.

Liverpool appear to be continuing their attempts to sign Darwin Nunez.

The Reds are targeting Benfica’s Uruguayan sniper as a replacement for Sadio Mane, himself being pursued by Bayern Munich as Robert Lewandowski’s successor.

However, Liverpool face competition from several other top European clubs in the hunt for Nunez, including Manchester United.

According to Fabrizio Romano, Liverpool are preparing an initial verbal offer for the 22-year-old which could be worth around €80m.

However, the transfer guru adds that United are also in talks with Nunez’s side as both rivals have made it clear they won’t be drawn into a bidding war.

Chelsea are said to be the favorites to sign Ousmane Dembele this summer.

Dembele looks set to leave Barcelona after all when his contract expires, despite a late-season revival under Xavi suggesting his future could still lie at Camp Nou.

The French striker certainly doesn’t seem short of options as he assesses his next move, although Le10 Sport claim he has opted for a move to Stamford Bridge.

Speaking of Manchester United and Tottenham, it looks like Marcus Rashford won’t move between these Premier League rivals.

Italian super-agent Roberto De Fanti recently revealed Spurs have held talks with the England striker’s camp after a hugely disappointing season at Old Trafford in which he scored just five goals in 32 appearances in all competitions under Ole Gunnar Solskjaer and Ralf Rangnick.

Several clubs in Italy and Spain have also reportedly asked about Rashford’s availability.

According to The Times, Tottenham’s attempts to sign Rashford were quickly rebuffed by United, who no doubt want new boss Erik ten Hag to properly assess his situation.

Tottenham and Man United dealt a blow to Bastoni

This looks like bad news for Tottenham in their pursuit of top defensive target Alessandro Bastoni.

Spurs were known to be targeting a deal for the Italian centre-back, having already convinced Inter team-mate Ivan Perisic to swap Milan for north London this summer on a two-year deal.

Manchester United are also interested in Bastoni, although agent Tulio Tinti insists he will not leave San Siro, where he remains under contract until June 2024.

“Bastoni will stay at Inter for sure,” Tinti said. “He has a contract and he is happy with Inter.”

Confirmed transfers are fast approaching in the Premier League this afternoon!

Newcastle have now announced the return of Matt Targett from Aston Villa on a permanent deal worth around £12m.

The 26-year-old left-back spent the second half of last season on loan at St James’ Park, making 16 appearances in the Eddie Howe-led revival and clearly impressing the former Bournemouth boss.

Targett has signed a four-year contract on Tyneside, becoming Newcastle’s first signing in what is sure to be a busy summer window under their new owners.

Leeds have reached an agreement to sign Rasmus Kristensen, the club have announced.

The Danish right-back, formerly of Ajax, will move to Elland Road on July 1 after a fee of around £10m was agreed with Austrian side RB Salzburg.

Kristensen has signed a five-year contract at Leeds, where he will join former Salzburg team-mate Brenden Aaronson.

Leeds agreed a £22.2million deal for the US winger last month, their first signing of a key summer after avoiding relegation to the Premier League on the final day of the season.

BBC Sport claim that Takumi Minamino is attracting interest from home and abroad.

Monaco have reportedly joined Leeds, Fulham, Wolves and Southampton in the race to sign the Liverpool man, who rarely gets a game when Jurgen Klopp has a top form squad to choose from.

Despite his lack of playing time, Liverpool are reportedly demanding up to £17million for the player.

Indeed, it’s understood they are still waiting to hear whether Tottenham will launch a bid to sign the defender, or move on to other targets.

A housing assistance plan to be used to buy homes will be announced today, according to reports