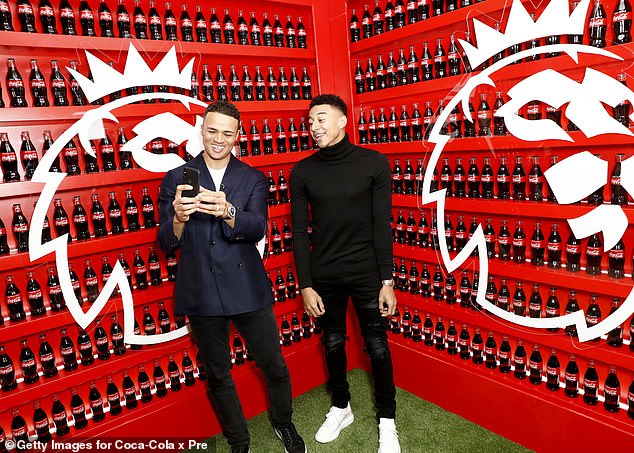 By Ash Rose for Mailonline

Tottenham and Liverpool have come under fire after announcing new trade deals with Coca-Cola, with leading health experts calling on the cubs to ‘cut ties’ with junk food companies.

Premier League clubs, along with Bayern Munich, Juventus and Paris Saint-Germain agreed a new sponsorship deal with Coca-Cola on Thursday as the drinks brand aims to expand its football portfolio.

Clubs are joining FIFA and the FA in agreeing commercial deals with the sugary drink company and the deals have sparked fresh concerns from medical professionals, who are warning of the impact it can have on children’s health.

Professor David Strain, chairman of the scientific council of the British Medical Association (BMA), is calling for a crackdown on junk food advertising in sport.

“The UK is in the throes of an obesity epidemic, which is having a devastating impact on people’s health and lives, as well as on public services and the economy,” he said.

“It is absurd that some of the foods and beverages that contribute so heavily to the obesity crisis have been closely tied to sport through trade agreements for so long.

“Specifically, given the influence advertising can have on children and the way they look up to their favorite sports teams and personalities, such sponsorship deals can have a very detrimental effect.

“The BMA has long called for a crackdown on junk food advertising in sport, and this is even more vital now that the new government appears to be backtracking on previous promises to tackle obesity levels. It is high time these ties were severed for good.

The beverage company also attached its name to the League Cup, renaming it the Coca-Cola Cup in the mid-1990s.

It’s a view shared by other health professionals, including Katharine Jenner, director of the Obesity Health Alliance, who told Telegraph Sport: “Using sports sponsorship as a marketing tactic to sell sugary drinks is particularly problematic for the health of children”. Kids across the country avidly follow their favorite teams, investing in everything associated with their team, including – as research suggests – the brands behind sponsorship deals.

Coca-Cola already has a long tradition of sponsorship in football, including attaching its name to the League Cup in the mid-1990s and the Football League from 2004 to 2010.

In a statement, the beverage company says it has always had a direct marketing policy not to advertise to children under 16, but added that this new campaign would see Coca-Cola Zero Sugar prioritized on all channels.