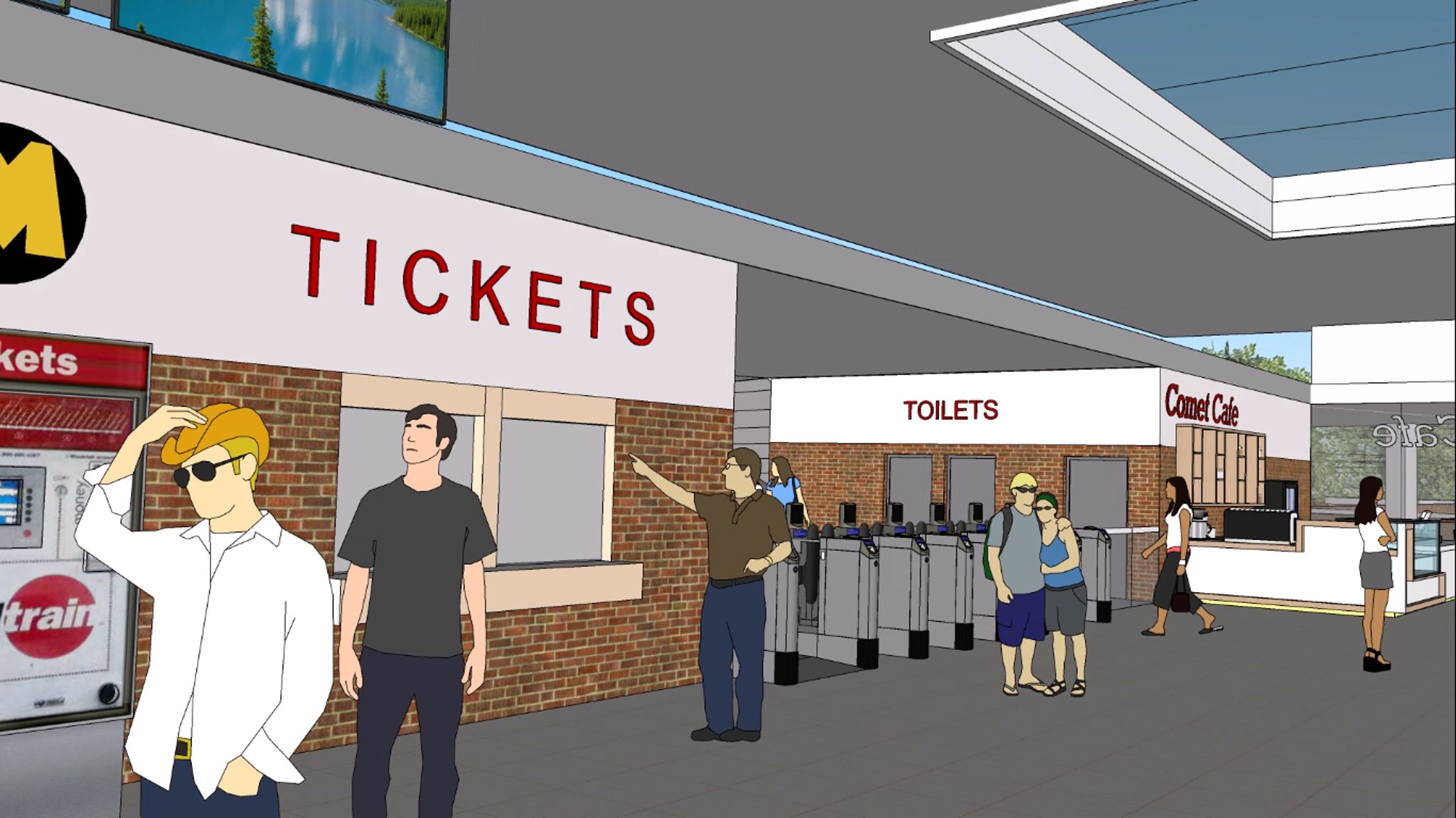 This is what the new Baltic Triangle station will look like – but what will it be called?

A public vote has been opened to name the new station linking Liverpool’s creative district to the Baltic Triangle.

Merseyrail has released images and a video showing what the long-awaited Baltic station built on the site of the old St James station could look like.

A CGI image of the station. Image: LCR Combined Authority

Register to our LiverpoolWorld Today newsletter

A shortlist of three potential new names for the hub was put to a public vote.

The station will be renamed to avoid confusion with the existing James Street station in Liverpool city centre.

The three names to choose from are:

The original St James station opened in 1874 and was named after the nearby parish church. It closed in 1917 as a cost-cutting measure during World War I and was never reopened.

Why is the station built?

Metro Mayor Steve Rotheram has pledged to build a station on the site, which will be located in one of the city’s most vibrant areas, close to the old Cains Brewery and Anglican Cathedral.

The neighborhood has undergone huge redevelopments in recent years. It is now home to over 350 creative and digital industries, with over 1,000 apartments built since 2012.

A direct connection to the Merseyrail network would support reduced car journeys in the area, helping to reduce traffic congestion, as well as aspirations to improve air quality in the city area.

A CGI image of the platforms. Image: LCR Combined Authority

The station would be located between Liverpool Central and Brunswick Station on the Northern Line and would include passenger toilets, a cycle centre, step-free access to and between the two platforms and an outside passenger drop-off area .

The program will enter the next stage of design development in the new year. Land has already been purchased to safeguard the site of the new station ticket office building.

Current plans are for the station to open in 2025, subject to funding for the construction phase.

Metro Mayor Steve Rotheram said: “This area has been one of the region’s success stories in recent years, transforming itself from a neglected area into a vibrant and thriving place to live, work and socialize. We believe that this new station helps to continue this renaissance.

“It’s exciting to see that we are now in the stage of reviewing the designs and renaming this station. This is a symbolic but extremely important step in the process of bringing the station back into service.

“A huge amount of work is going on behind the scenes to make sure this redesign not only works from a transportation perspective, but also how it fits into the area’s ongoing regeneration and supports the existing residential communities.

“Whatever name the public chooses, it’s safe to say the station will be a real game-changer in more ways than one.”

Andy Heath, chief executive of Merseyrail, said: “We are calling on passengers and visitors to get involved in the consultation to name the former site of St James which is being brought back to life as a station.

“This new accessible transport hub – in the heart of Liverpool city center – is another fantastic example of the Mayor and the Combined Authority investing in the Merseyrail network for the environmental and economic benefits it brings to the region.”