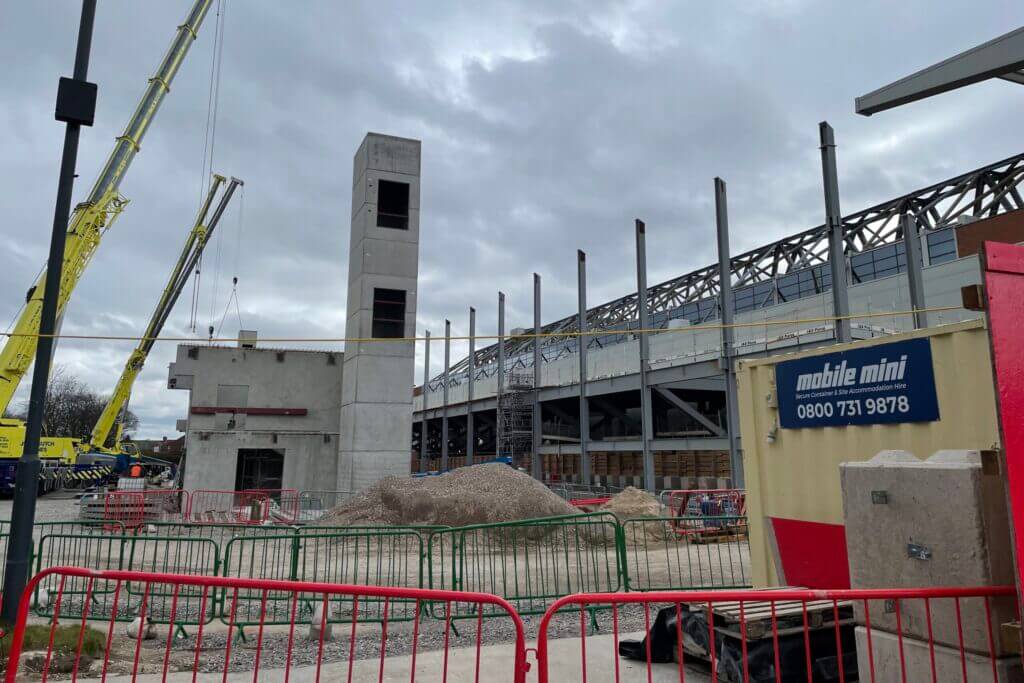 The changing face of Anfield is accelerating.

Six months have passed since Jurgen Klopp drove the first ceremonial shovel into the ground.

The works on the foundations and the drainage have been completed. The site’s imposing concrete cores are taking shape. By the end of the summer, an imposing steel structure will be visible behind and above the existing building.

Liverpool‘s £80million redevelopment of the Anfield Road end of their stadium is on track to be completed in time for the start of the 2023-24 season. It will add around 7,000 more seats, bringing Anfield’s capacity to around 61,000.

“We are really happy and excited. The weather has been tough this winter, but we got through it and are happy with the progress.

With ticket demand higher than ever as Klopp’s men battle for glory on all fronts at home and abroad, a bigger Anfield can’t come soon enough.

Approximately 5,000 of the additional seats will be general admission and another 2,000 in new hospitality lounges. Liverpool have around 20,000 supporters on a subscription waiting list, which has been closed to new applications since 2011.

This represents the second phase of Anfield’s redevelopment, following the opening of the new £110million Main Stand in 2016, which added an additional 8,500 seats and helped regenerate the local area. Before the pandemic hit two years ago this month, it had helped matchday revenues rise from £62m to £81m per season.

The new Anfield Road stand will take that figure beyond £90m and will also create around 400 additional matchday roles.