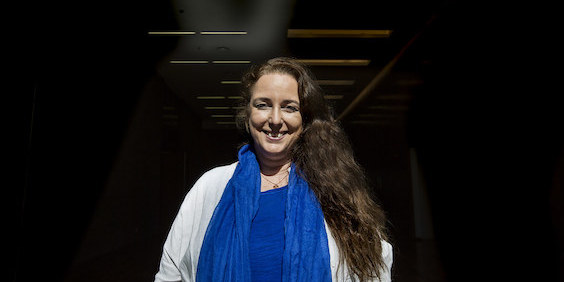 Cuban artist and activist Tania Bruguera is leaving her home country, having agreed to do so if the government releases a group of prisoners, reports Hyperallergic. In an interview with Radio Martí broadcast on October 5, Bruguera, a member of artist-activist collective 27N, said he had been offered a position as a lecturer in the media and performance department at Harvard University. . Bruguera claimed she had told Cuban authorities she would accept the post and leave the country if they released a number of activists jailed in recent months, amid unprecedented protests related to freedom of expression and access to food and health care shook the nation.

Among those whose release Bruguera requested was rapper Maykel Castillo Pérez, also known as El Osorbo; artist Hamlet Lavistida; artist Luis Manuel Otero Alcántara; and Luis Robles Elizastigui, who was arrested for holding up a homemade cardboard sign in favor of freedom and asking for the release of rapper Denis Solis, sentenced in 2020 for contempt of Executive Order 349, a rule requiring artists to obtain approval government before presenting their work. Bruguera also called for the release of 27N members and other youths arrested over the summer in connection with the protests.

Lavastida, who had been detained since June after authorities arrested him on his return to Cuba from a residence at the Künstlerhaus Bethanien in Berlin, was released late last month on condition that he accept exile in Poland, with his girlfriend, the writer Katherine Bisquet. Otero Alcantara, a member of the artist-activist Movement San Isidro (MSI) who was forcibly hospitalized in May after going on a hunger strike, remains in detention, as are Osorbo and Robles. Bruguera’s sister, Deborah Bruguera, confirmed that the young protesters her sister had asked for release have been released. Deborah also described Tania as being “escorted to the airport by a dozen officers to make sure she leaves the country”.

“This may be one of the first times in Cuban history that an activist negotiates the release of another activist,” Bruguera told Radio Martí. “In general, this is done between governments, but in this case, we were the intermediaries. “

Earlier today, Tania Bruguera tweeted a call to boycott the 14th Havana Biennale, accusing the government of using the event to “erase… the suffering of the Cuban people”. The biennial is scheduled to begin on November 15, its launch coinciding with Cuba’s reopening to vaccinated travelers.