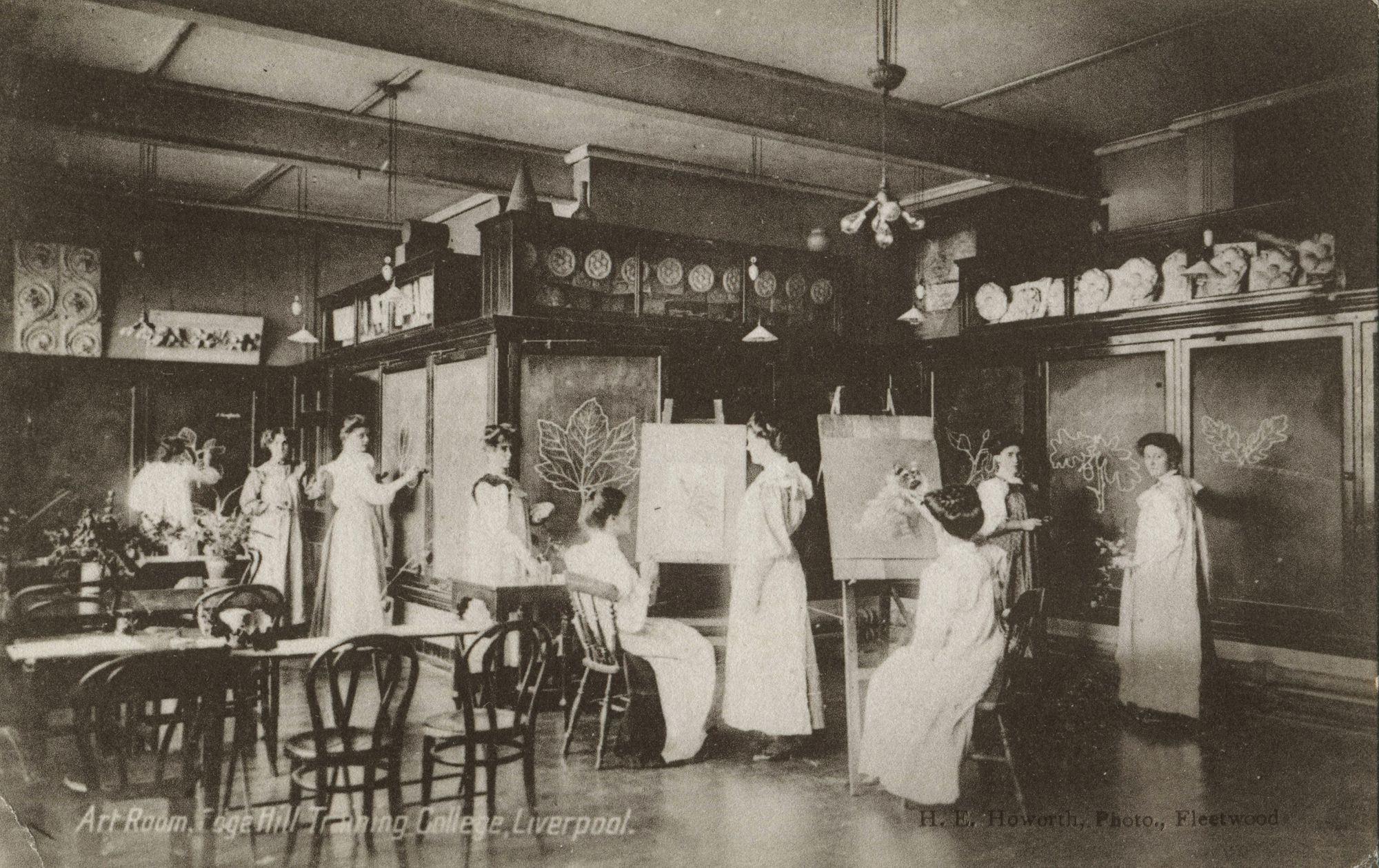 During the 19th century, government reforms not only expanded state-funded education, but also made school education a role for women. From that point on, women began to play a central role in education, some becoming pioneers who forged new teaching approaches and methods.

One of the notable pioneers of this period, which inspired a major educational reform in her hometown, was Liverpool-born Jessie Reid Crosbie MBE, or “The Little Missus” as she was affectionately called.

Born in Everton, Liverpool, in September 1876, Jessie Reid Crosbie would become a leading figure in the city’s education sector and gain national recognition for her holistic approach to teaching.

In 1895 Jessie enrolled as a student at Edge Hill College in Liverpool, a decade after the institution was founded as the first non-denominational college for women in England.

Alyson Brown, a history professor at Edge Hill, searched the university’s archives to find documents that document Jessie’s time as a student and her long association with the institution, which shaped her career. teacher.

Professor Brown said: “For women like Jessie who attended teacher training college in the late 19th century, this was a critical means of achieving social mobility.

“It’s clear that while she was studying here, Jessie made meaningful and lasting friendships with her college peers.”

Professor Brown added: “Although Jessie only studied at Edge Hill for two years, she was mentioned in the annual college magazine by her former peers, especially after her retirement in the 1940s and 1950s. it was clear that they and the college were very proud of his courage and tireless work among the poor. We also learned that she was active in the debate society, starred in drama productions, and was a member of the College Guild. Throughout her life she has remained close to her ties to Liverpool and Edge Hill.

Shortly after the end of World War I in 1918, Jessie became principal of Salisbury Street Primary School in Islington, Liverpool.

At the time, poverty and hunger were rife in Liverpool, especially in the inner city area where she taught.

Jessie immersed herself in community life and took the time to gain the trust of her students and their parents.

Professor Brown said: “She had a very holistic view of education and did not see the school as operating in isolation from the community. She wholeheartedly believed that the full well-being of the child was crucial, and in order to learn in school it was necessary for him to be clean, well-rested and well-nourished.

“Jessie viewed parents as colleagues and was often quoted as saying parents were the only professionals who had not received any formal training.”

She decided that action was needed and developed mother-father scholarships to involve parents in the education of their children. It has been touted as an important precursor of modern Liverpool parents and teachers associations. She was a pioneer of parent-teacher cooperation.

“When she learned that many of her students were wandering the streets at night, she decided to institute a 7pm curfew, which was by no means an easy thing to do and was short-lived. . Any child she found outside after curfew could receive a harsh reproach from Jessie, as she sometimes controlled the curfew on her own, ”Professor Brown added.

Concerned about the nutritional needs of her students, Jessie started a free milk program at her school and gave her students a cup of hot chocolate in the morning.

This act of generosity, considered one of the first free milk programs in the UK, involved Jessie herself persuading local traders to donate their produce.

According to the National Museums of Liverpool, the city’s free school lunch service that exists today was inspired by Jessie’s project.

Without stopping there, she may also have instituted the country’s first public bathhouse system, meaning that up to 30 of her schoolchildren a day took baths and came home clean.

Jessie remained Principal of Salisbury Street for over 25 years and received an MBE in 1933 for her outstanding work at the Liverpool School.

Professor Brown said: “Jessie was a wonderful woman. She had a strength that she used to improve the lives of the school children in her care.

“Given the time Jessie lived in, it was generally expected that women would marry and have children – this is not the case.

“She doesn’t make any reference to wanting to get married and she didn’t see that as a problem. In fact, she took advantage of it, along with the freedoms and strength that it gave her. Jessie’s story is one of tenacity, determination, persistence and a positive attitude. It is part of the story of what women can achieve independently.

Jessie Reid Crosbie died in January 1962 at the age of 85, leaving behind a lasting legacy to inspire future generations of teachers.

To this day, the training of future teachers remains one of the strengths of Edge Hill University. From its origins as a specialist institution with 41 female teacher trainees, it is today one of the largest providers of teacher training in the UK.

Edge Hill Faculty of Education provides innovative initial education and training for teachers, based on its vision of developing teachers who are distinguished by their intellectual engagement, professional acumen and commitment to the communities in which they work. .

The University’s archives are open to members of the public and offer comprehensive documentation on the development of teacher education in Britain, as well as the changing experiences of those who have studied and worked there.