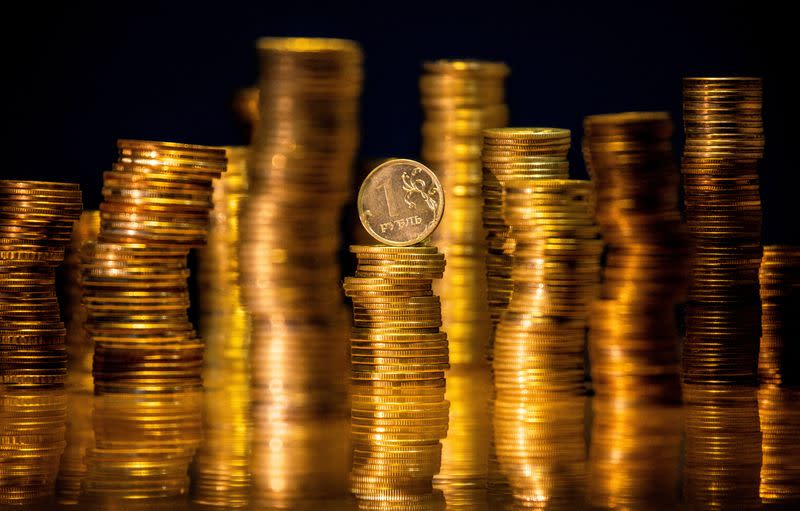 (Reuters) – The Russian ruble extended its gains at the start of Moscow’s trade on Thursday, buoyed by month-end tax payments that led to a rise in the conversion of foreign currencies into rubles, while stock indices made solid gains.

Movements in the Russian market are partly artificial, as the ruble is supported by capital controls, while stocks trade with a ban on short selling and foreign players are not allowed to dump shares in Russian companies without permission.

The Russian currency is expected to fluctuate between 71 and 73 against the greenback, Promsvyazbank analysts said in a note.

The ruble has strengthened in recent days as export-focused companies sell their foreign currency earnings to meet local liabilities that could top 3 trillion rubles ($41.24 billion) this month, according to analysts polled by Reuters.

The ruble has fully recovered to levels seen before Feb. 24, when Russia launched what it calls “a special military operation” in Ukraine that led to unprecedented Western sanctions, including a freeze on Russian reserves.

The Bank of Russia is expected to cut its key interest rate by 200 basis points to 15% as it tries to further stimulate lending in the economy in the face of high inflation, a Reuters poll suggested earlier this week.

For the guide to Russian stocks, see