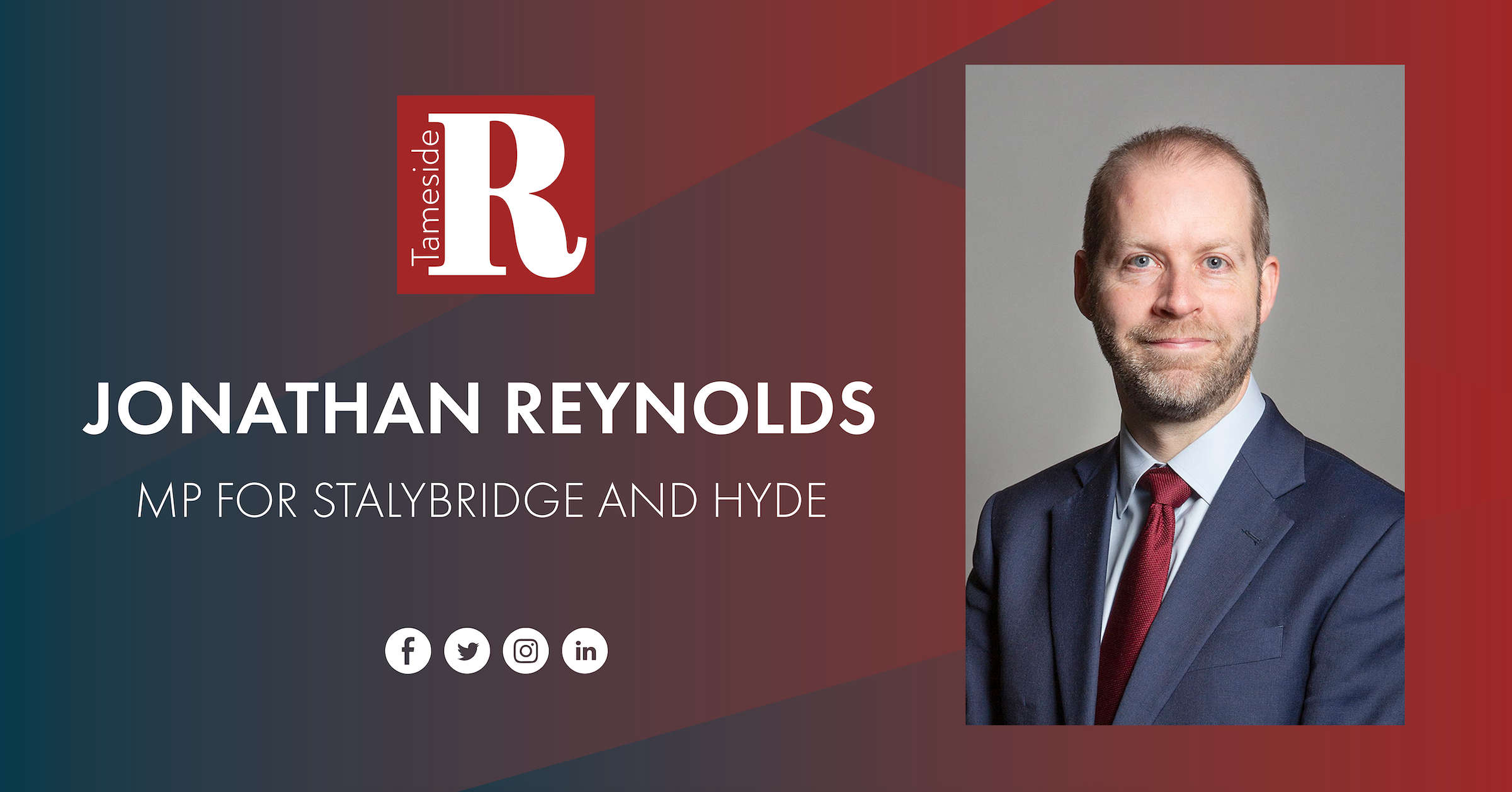 Stalybridge and Hyde MP Jonathan Reynolds believes the performance of the economy is the main problem facing the country, as he writes in his latest column.

The UK has world famous companies. In certain sectors, such as aerospace, financial services and creative industries, we can truly say that we have companies that are the envy of the world. That’s why when I look at how the UK economy has performed over the past decade, I get so frustrated.

Economic growth may seem abstract to some people, but it is the foundation upon which our standard of living, public services and our national security rest.

For nearly 200 years, the UK economy has tended to grow at around 2-2.5% per year. This may sound modest, but due to compound growth of 2%, our economy has doubled in size every 35 years. From the expansion of education to the creation of the NHS, these things have been possible thanks to the growth of the British economy.

Unfortunately, over the past decade, we’ve done much worse than that. And the predictions for the future are even worse – showing the UK set to experience the slowest growth of any major nation except Russia. It’s just not enough.

The UK is an aging society. We should celebrate that. The fact that people are living longer is a testament to institutions like the NHS and a higher standard of living and we should all be proud of that. But because public pensions are paid directly from current tax revenues, a poorly functioning economy makes it harder to provide them at the level people deserve.

The performance of the economy is, in my view, the major challenge facing us. This week I was in Liverpool with Keir Starmer who presented some ideas for doing just that. He will act on my foreheads.

First, scaling up public investment to reach net zero to mobilize the huge amounts of private capital we need to meet our climate change goals.

Third, better employment rights so that growth does not come at the cost of greater precariousness and exploitation in the workplace.

Fourth, the implementation of a real industrial strategy, so that companies can invest with confidence over the long term. Currently, the UK has the lowest business investment rate in the G7.

Fifth, greater decentralization. What we need here in Tameside and Greater Manchester may be different to other parts of the UK and some national budgets. Achieving this will require a decisive break with the policies of the past decade. But frankly, we can’t afford anything else.

Find out more about the Tameside Reporter

Click here to read the latest edition of the journal online