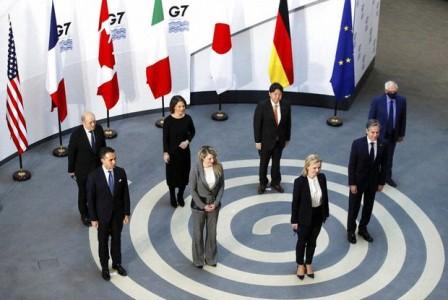 December 15, 2021 (KHARTOUM) – The G7 group of industrialized countries will not resume economic and development support for Sudan until a credible civilian-led transition process returns.

In response to the military takeover of the civilian cabinet on October 25, key supporters of democratic transition and economic reforms in Sudan, including the United States, the European Union and the World Bank condemned the coup. to freeze direct aid.

The United States suspended $ 700 million in economic aid while the World Bank suspended $ 2 billion in subsidies. Funding for a safety net program to support families affected by the reforms has also been suspended.

At a meeting held in Liverpool, Britain, from December 10 to 12, G7 Foreign and Development ministers agreed to stick to their original position until a transition is restored. led by civilians.

In a joint statement released after the meeting, the foreign ministers said humanitarian aid would not be affected and that they would continue to provide such assistance as was the case under the old regime.

“Further support should reflect the progress made by the transitional government to return to a credible and sustainable transition process led by civilians,” the statement said.

International diplomats say economic support is dedicated to reforming the economy and establishing democracy in Sudan, not replacing al-Bashir’s regime with another dictatorial regime.

As a result, the latter was reinstated but he must form a cabinet that would work under the supervision of the military.

On Tuesday, Hamdok said his new cabinet will be formed after ongoing consultations on a political declaration between political forces supporting his deal with the coup leader.