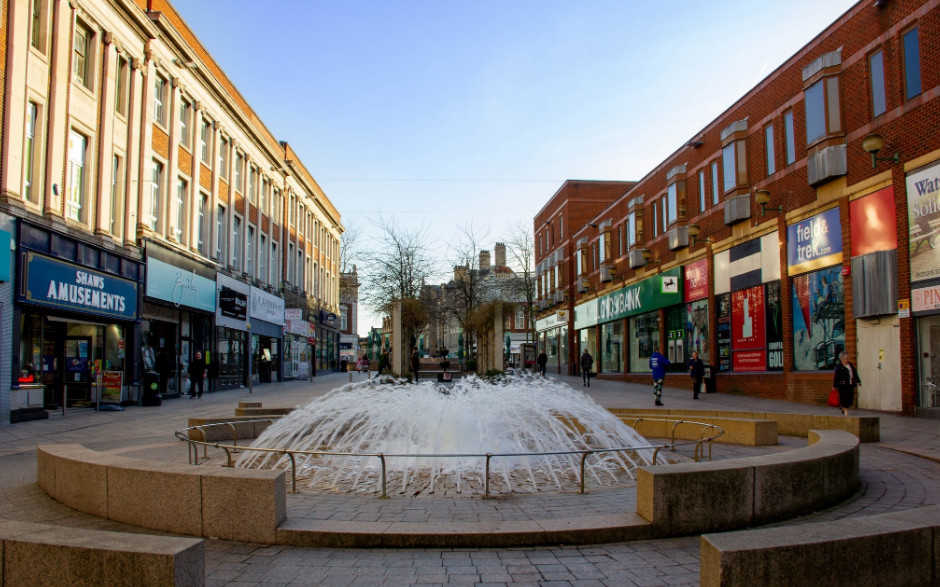 Ask many British people where is Warrington and they would be hard put to find it on the map. But now this city of 210,000 in the northwest of England has become home to one of the several “Little Hong Kongs” that have sprung up to receive the tens of thousands of migrants.

Warrington is in the north of Cheshire, 32 kilometers east of Liverpool and 26 kilometers west of Manchester, with good road and rail links to both cities. Based on school admissions, more than 2,000 Hong Kong people now live there.

One of them is Jack Liu, 50, who moved with his wife and nine-year-old son to Britain in 2021. In Hong Kong, he worked as a regional director of IT and logistics for a fashion company. Initially, they stayed in hotels and Airbnbs while they searched for the best place to live.

He planned to settle in Manchester and looked at cities around it. “I found a good place in Warrington. It is between Liverpool, Manchester and Bolton. It is also close to the seaside, which I like.”

Tesh Patel, a property consultant with Hamlet Homes of Warrington, said that, initially, Hong Kong people looked at London and then found they could get much more for their money in the North.

“They are wealthy refugees and they are very skilled and smart people – they are here to stay, settling down and starting a life. Chapelford (a district in Warrington) has a school, a supermarket and a pub and a train station nearby. Many of them do not drive, so they need to be near these facilities,” he said.

He said that HK people both bought for themselves and also to rent to other Hong Kong people. One investor was buying three-bedroom semi-detached homes in Warrington to rent to new arrivals, at 30-40 per cent higher than they could earn from local residents.

Property agents said that 90 per cent of HK arrivals paid in cash, to avoid the complications of applying for a mortgage, and were willing to pay 10-15 per cent above the market price, to secure the property.

Agents have advertised widely Warrington homes on Youtube in Cantonese and in the Chinese-language newspapers in Hong Kong.

On May 23, 2021, members of the Hong Kong community in the city set up The Church of God in Warrington. “The vast majority are young families who have emigrated from Hong Kong,” its website says. “We also have local members. We have people ranging from children to the retired and of different backgrounds. We are making a family where people have love for each other. We greatly thank those who have prepared a warm and holy eternal home for those who have emigrated from their native place.”

In Britain, national and local governments are working hard to welcome people from Hong Kong. On June 30, the Warrington Borough Council held an event to provide them with information on health, employment, leisure, education and other topics.

This is what the borough council says about the city on its website: “We have a thriving economy, a low unemployment rate and a high Gross Value Added (GVA), and we were ranked as one of the best places to live in the UK based on data for affordable housing, jobs, business, wellbeing, culture, transport and family life.

“Warrington is a highly successful business location and a major center of employment in the North West and the Northern Powerhouse. We are home to the global, European and UK HQs of many high-profile companies and our business base is particularly strong in nuclear energy, engineering, logistics and software.” In 1987, IKEA opened its first British store in the city.

The borough council created a website to help arrivals from Hong Kong.

It is a good place for sports fans. Supporters of the four famous soccer teams in Manchester and Liverpool only need a short journey to see their favorite side. The city has its own team, the Warrington Warriors, which plays rugby league and is one of the oldest teams in this discipline in the country.

On July 2, the club opened its Halliwell Jones stadium to 200 Hong Kong migrants to watch the first team train, tour the stadium and meet the players for pictures and autographs.

Claire Gamble, the Club’s Community Marketing Manager, said: “We know that Warrington has a big Hong Kong community living in the Town. We want to help them integrate into life in Warrington and what better way than to engage them in the sport of Rugby League and our community than introduce them to the Warrington Wolves. It was wonderful to see so many families here meeting Wolfie and the players. Many purchased tickets to the game against Salford Red Devils and got to experience their first live game of Rugby League.”