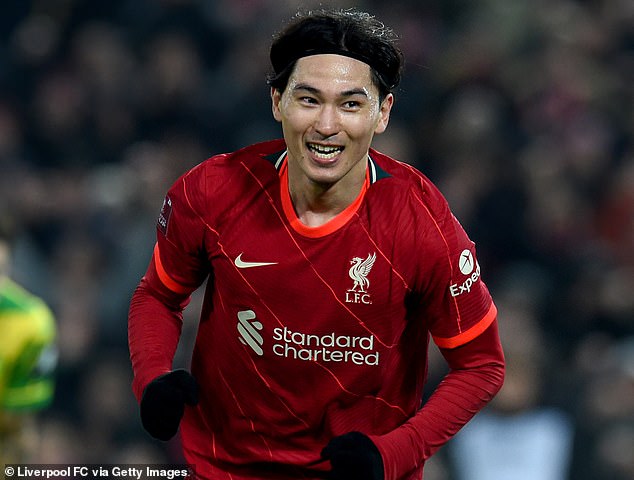 Monaco manager Philippe Clement confirms the £15.5m signing of Takumi Minamino from Liverpool before the two clubs officially announce the deal for the Frenchman, revealing the Japanese star was ‘very high on our list”

By Faaez Samadi for Mailonline

Monaco coach Philippe Clément has confirmed the signing of Liverpool striker Takumi Minamino by the club.

Last week, Sportsmail revealed the clubs had agreed a deal for the Japan international, which consists of an initial fee of £12.9m plus a further £2.6m in add-ons.

The clubs had yet to officially announce the transfer, but Clement did the job for both of them when he spoke on the sidelines of Monaco’s friendly against Cercle Brugge on Saturday.

“He was very high on our list. Everyone here is convinced that he has the qualities to bring something to the team.

“He already has experience and has done a lot of good things at Salzburg, in a style close to ours, just like at Liverpool where there is a lot of competition. That’s why it’s an opportunity.

Minamino joined Liverpool for £7.25m in January 2020 from Red Bull Salzburg but failed to establish himself as a first-team player in a highly competitive front line.

The 27-year-old found himself lower and lower in the pecking order as Liverpool signed Diogo Jota, then Luis Diaz and now Darwin Nunez since Minamino’s arrival, although Sadio Mane has since joined Bayern Munich .

In Minamino’s two-and-a-half years at Liverpool, he made just 53 appearances in all competitions, including just 11 Premier League games in 2021-22, scoring three goals.

Minamino plays for Japan. The striker is looking for regular football ahead of the World Cup

The writing seemed to be on the wall for him in Merseyside when he spent half a season on loan at Southampton in the 2020-21 campaign, making 10 appearances before returning to Anfield.

With Japan taking part in the World Cup in November, Minamino searches for a new home to get some regular first-team football ahead of the tournament.

The winger has scored 14 goals in 55 appearances during his Reds career.

‘You don’t turn your back on your family’: A day with Liverpool Homeless Football Club