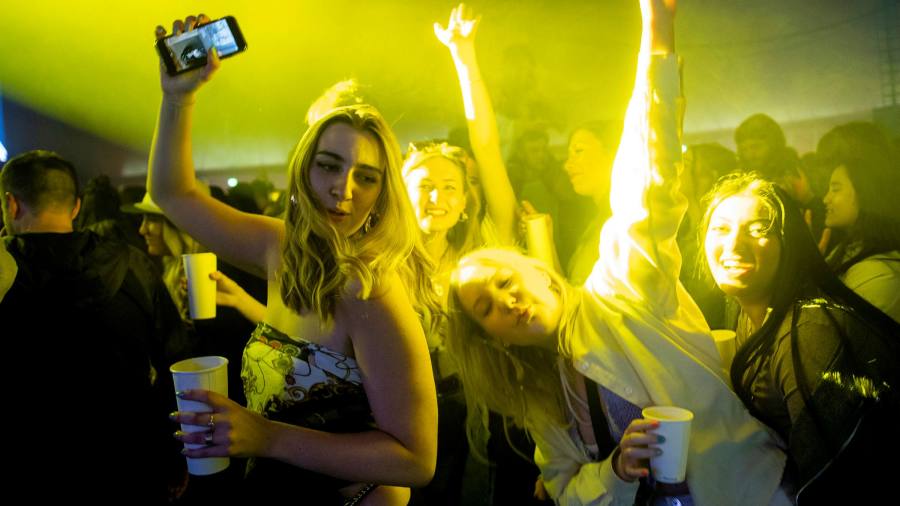 Ministers hope for mass events after pilots are deemed ‘encouraging’

Ministers are increasingly hoping that mass events in England can open without restrictions from July 19, after “encouraging” results from pilots across the country.

The UK Government’s Events Research Program found that transmission of the coronavirus was no higher among attendees of nine major sporting and entertainment gatherings in April and May than among the general population.

But the music and theater industries have denounced plans for other pilots and urged the government to let them reopen after the highly anticipated report showed only 28 Covid-19 cases were identified among the 58,000 participants in gatherings either at the time of the event or the following week.

The pilots ranged from three football matches at Wembley Stadium in London and the World Snooker Championships in Sheffield to a business conference and dance parties at a nightclub in Liverpool. At the time, the prevalence of the virus was lower than today.

â€œThere were no major outbreaks associated with the events,â€ said Iain Buchan, professor of public health at the University of Liverpool and a leading scientist in the program.

Paul Monks, chief scientific adviser in the business department, said it was “reassuring” that the events had no noticeable effect on transmission rates.

Culture secretary Oliver Dowden hopes sporting and cultural events can reopen completely if, as Prime Minister Boris Johnson hopes, he can lift remaining restrictions in England on July 19. seek to open up, â€said a colleague from Dowden, referring to the test events.

A separate official review of social distancing measures is expected to conclude next month that maintaining the “one meter plus” rule would cause economic damage if applied to mass events after July 19.

Dowden hopes other measures – identified at pilot events – could be used at mass events to allow them to open at full capacity, rather than forcing spectators to maintain social distancing.

Government officials have said they could include Covid certification – proof of a double jab or negative test – phased entry to events or a requirement to wear a mask when walking through a venue.

The mass events study showed that the greatest risk of transmission was at the â€œpinch pointsâ€ where participants could congregate – for example, the washroom and the entrances and exits.

Large indoor events with a high crowd density have a higher potential risk due to proximity and poor ventilation, according to the study. But mitigation measures such as face coverings, ventilation, testing, restrictions on food and drink and social distancing have all helped reduce transmission.

Other events are being explored in phases two and three of the program. One will be the Latitude Music Festival in Suffolk, which will operate at full capacity with 35,000 people from July 22 to 25, three days after all remaining lockdown restrictions are expected to be lifted across England.

Craig Hassall, managing director of the Royal Albert Hall, said it was unfortunate that the government did not release the results of the test events until after legal action was launched.

The Society of London Theater, which represents London-based producers, owners and directors of theaters, urged ministers to “give us the green light to fully open as soon as possible, as they have done for other sectors” .

â€œClearly this isn’t a conversation that can wait until July 19. We host other pilot festival events… But we just can’t get stuck in endless pilot streaks,â€ he said. -he adds.

The AIF estimated that more than half of all UK festivals with 5,000 seats and over had been canceled following the government’s decision to delay the complete lifting of restrictions.

The English Football League said it was “encouraged” by the drivers’ conclusions, which “demonstrate that spectacle sports can safely admit large crowds in these uncertain times”.

The EFL said it hopes the trials will help get all football pitches back to full capacity for the start of the new season.

The Rugby Football Union, the British Horseracing Authority and the English Premier League all declined to comment.

Candidates for the Wirral key by election announced