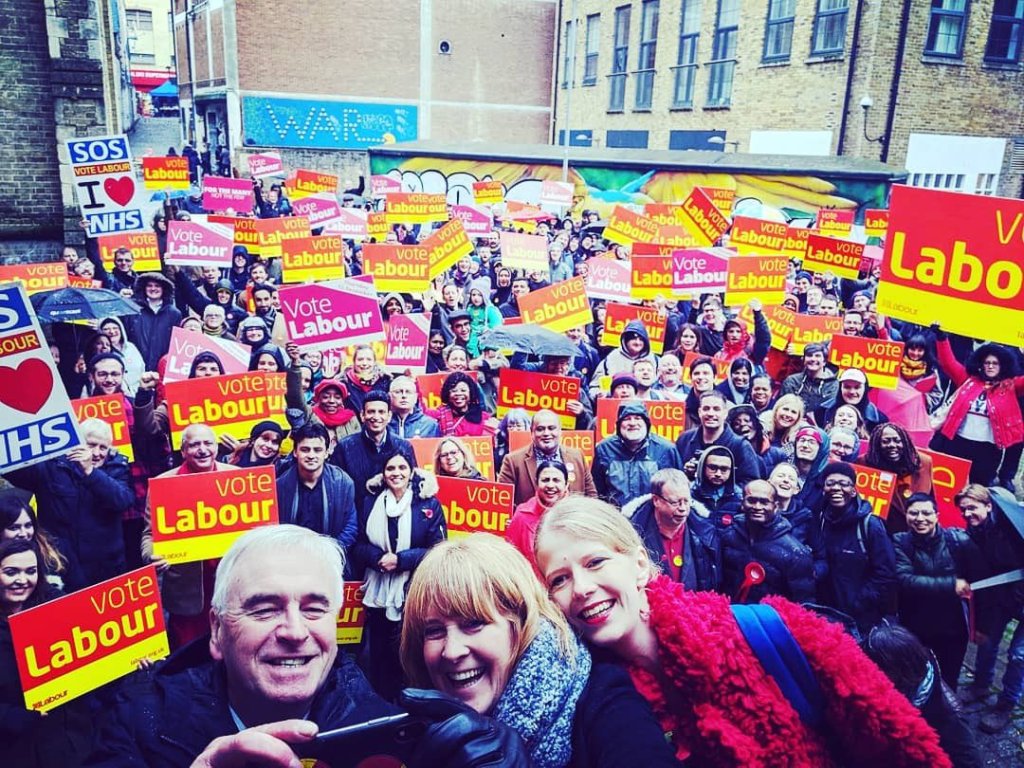 London MP John McDonnell called on Conservative Chancellor Rishi Sunak to drop deceptive rhetoric such as’ leveling up ‘, saying tomorrow’s budget speech should be used as an opportunity to’ turn back the clock And get local government funding back to where it was before it was cut by conservative austerity measures.

Offering an Alternative: John McDonnell, with MP Sarah Jones and candidate Olga Fitzroy at a campaign launch in Croydon

McDonnell, the shadow chancellor of Labor under Jeremy Corbyn, wrote in the I newspaper, “Let’s face it… Since 2010, Conservative governments have taken more than £ 100 billion in funding from local councils. Government funding for the Council this year is £ 16bn less than it was a decade ago. “

In Croydon, our bankruptcy board receives £ 58million less in central government funding per year compared to 2015-16 – a 40% reduction.

This is, to a large extent, one of the reasons the Labor-controlled council plans to cut an additional £ 38million from its own operating budget for 2022-2023 – including the removal of benefits for 20 000 of the poorest households in the district and the elimination of all funding. from the Croydon voluntary sector.

McDonnell rejected the measures Sunak and the Treasury informed the media before the budget. What McDonnell describes as “extremely limited funding for transportation infrastructure” and funds for 78 “family hubs” is “peanuts compared to what the Conservatives have cut since 2010.

McDonnell, MP for Hayes and Harlington, predicts that ahead of the UN climate conference COP26 in Glasgow starting next week, this year’s Chancellor’s Fall Declaration will see “green laundering … added to the mix and a few more goodies will be added with the hope that this will provide enough cover for another round of austerities and stealthy tax increases ”.

It details the 1,300 Surestart children’s centers and the hundreds of youth centers and libraries closed by the curators since 2010.

“Over the past three years, the housing tax has increased by 13%, under government leadership, in an attempt to cover part of the deficit. But even with these increases, boards still have less money today than they did a decade ago, as demand for social services and social care has increased.

“The Chancellor of the Exchequer must restore funding to local councils and not put the burden on hard-pressed taxpayers,” McDonnell said.

McDonnell has also advocated investing an additional £ 30bn per year in transport infrastructure outside the capital. “Real upgrading requires decision making at the local level, so imagine what urban area mayors like Andy Burnham in Manchester and Steve Rotheram could do in Liverpool with their share of this, and Jamie Driscoll in the North- East ? Or in councils like Preston or Blackpool?

“By investing this money, not only will the government increase, but it will help create jobs and could help fight climate change or reduce the growing housing crisis.

“If this government is truly committed to taking it up a notch, here is what it takes: Give councils the £ 16 billion a year needed to restore services and invest in their communities. “

Read more: Conservative austerity has caused thousands more deaths
Read more: Now is not the time for the Chancellor to play with the advice
Read more: A further £ 38.4million will be taken from next year’s council budget

News, opinions and analysis on the people of Croydon, their life and political times in London’s most diverse and populous neighborhood. Based in Croydon and edited by Steven Downes. To contact us, please email [email protected]