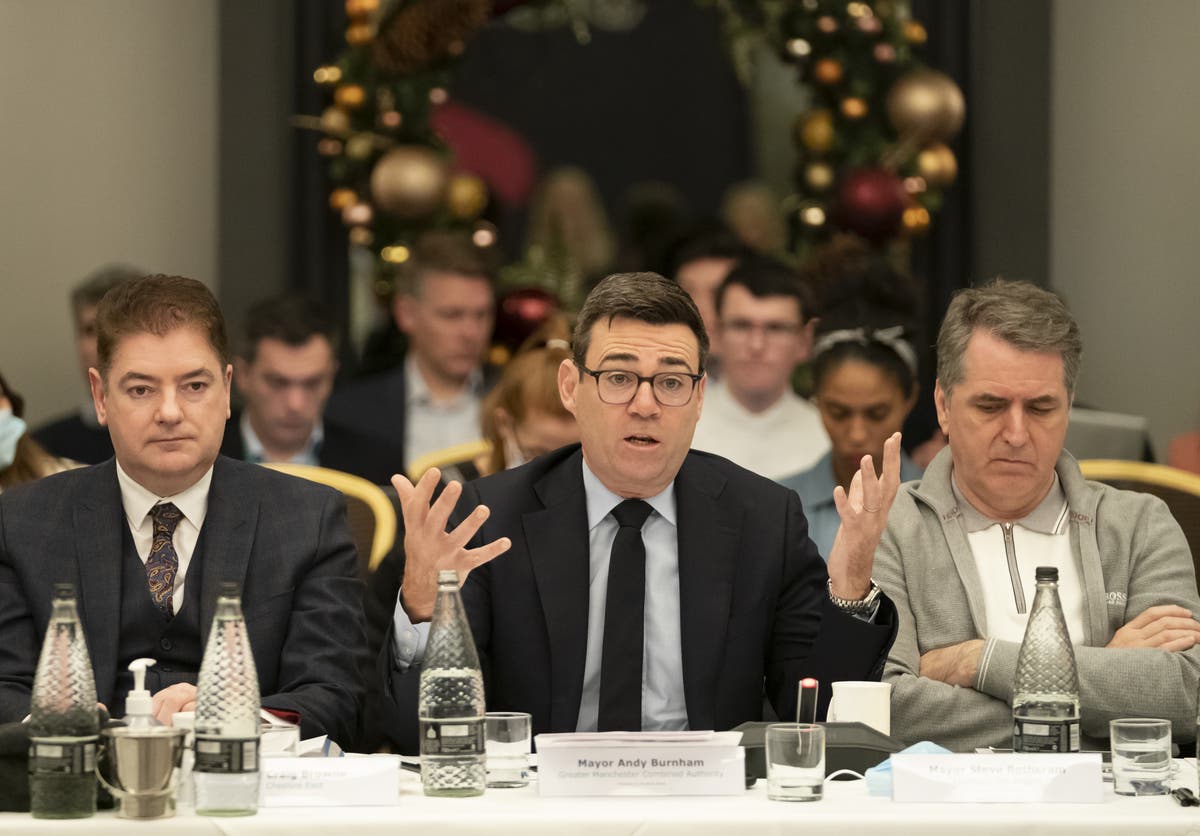 Readers across northern England have called on the government to rethink its plans for the future of rail, saying the proposals made no economic sense.

At a Transport for the North board meeting, Greater Manchester Mayor Andy Burnham suggested that contributions to the cost of rail improvements could come from increasing land values.

Members, who include regional mayors, agreed they should go back to government and reaffirm their case for Northern Powerhouse Rail’s plans, which they say are necessary to improve the economy in the North.

After the meeting in Leeds, Metro mayors across the North joined forces to oppose the Integrated Rail Plan (IRP) announced by the government last week.

At a press conference, Mr Burnham called the IRP a “bomb” and said it did not solve the problem of east-west connectivity between cities in the north.

â€œWe came together with a positive suggestion to get things done,â€ he said.

They propose that regions can contribute to the cost of rail improvements by “capturing” the increased property values â€‹â€‹induced by new stations and lines, stressing that this is not a tax increase for residents.

Mr. Burnham explained: â€œWhen you enter a line, you increase the value of part of the land on the other side of that line.

â€œIf you take Bradford, for example, land values â€‹â€‹would increase in the city center, and other countries around the world would empower the local level to capture that value to help pay for infrastructure, rather than just a windfall.

â€œThe capture of land value is called, and it is absolutely not a tax on the local population. “

Referring to Mr Johnson’s speech to the CBI on Monday when he mimicked the gurgling of a Ferrari, the mayor said: ‘I’m going to simplify it for the PM, this is not about vroom vrooms, it These are choo choo trains and the more we get out of the cars into well-funded, well-connected public transport, the better for the environment. â€

South Yorkshire Mayor Dan Jarvis said northern leaders were returning to ministers to ask them to think again and “explore the art of the possible”.

He said: “We always want to argue that the government is doing what it originally promised to do – governments change their minds, U-turns are made, this government has made a certain number.”

West Yorkshire Mayor Tracy Brabin added: “We are not going to accept what we have been given, this is an opportunity to improve it.”

She also asserted that the government’s current plans do not represent good value for money, saying, “If we do it this way, we will have to start all over again in a decade.” “