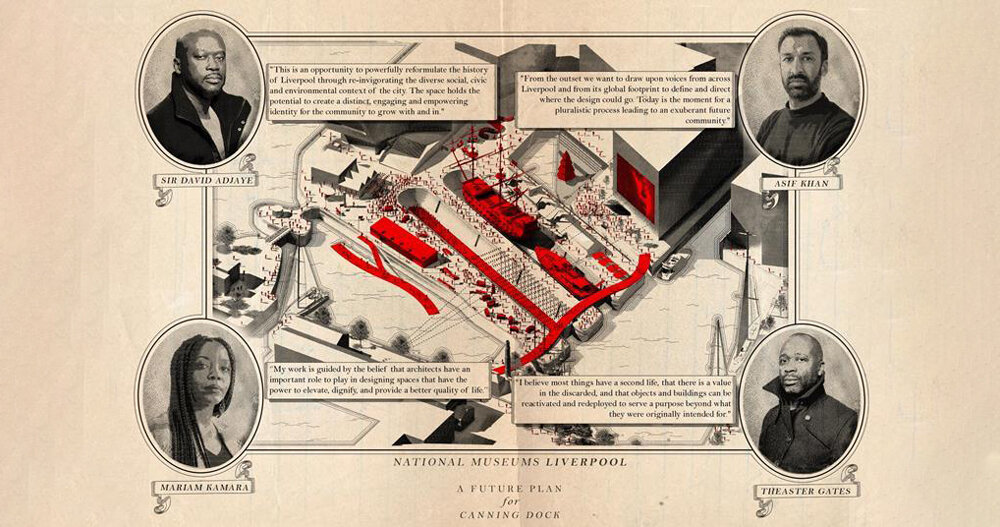 a star team of david adjaye, mariam kamara, asif khan and theaster gates win the competition for a ‘transformational’ overhaul of liverpool’s waterfront canning dock. the winning entry will present the history of the transatlantic slave trade, in which the English port had a major implication. From the 18th century, the complex site was used to repair and maintain ships, including those reserved for the slave trade, central to the city’s economy at the time.

the competition was organized by the National Museums of Liverpool (NML) and the design concept was the unanimous choice of the jury made up of local representatives and industry experts.

images courtesy of the National Museums of Liverpool (NML)

a future plan for the canning dock

Liverpool’s national museums have hosted the competition to transform the city’s waterfront canning dock, as part of a larger 10-year plan. david adjaye, mariam kamara, asif khan and theaster gates project will redevelop the area between royal albert quay and mann island as well as all waterfront facilities.

the team is focused on the public domain, including a public art strategy. new bridges will extend from the pumping station to Mann Island, while two dry docks will become an educational and cultural experience. meanwhile, the historic martin luther king jr. the building will receive a spectacular new entrance. reconnection and accessible recreational roads will play a key role in development. maintaining a sensitive approach, the proposal links the past with the present – building on the importance of the area through a thoughtful response to both the history of the site and its future potential. 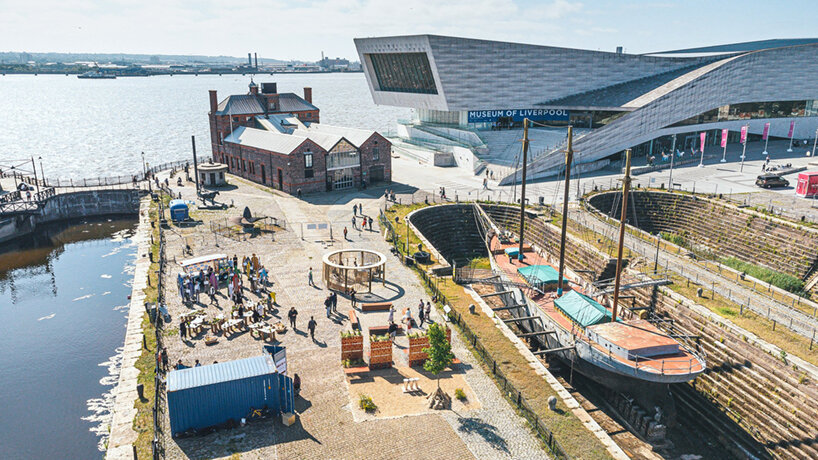 architecture as a “storytelling tool”

Elevating the stained heritage of the place, the spirit of the competition called on participants to take a “joyful and inclusive approach to creating places” and to create a concept that responds to “the transatlantic history of the site and ensures that black communities are engaged and represented. ‘

As team member Mariam Kamara notes, the redevelopment of the Liverpool waterfront is an opportunity to ‘explore the power of architecture as a storytelling tool‘and that the scheme is’an opportunity to draw on the threads that make up the history of the transatlantic slave trade – from Africa, across the Atlantic to the United States and back to Liverpool – to fill in the gaps, to unearth memories and ultimately highlight an exciting space for the public to explore and engage in Liverpool history while being firmly focused on the future. ‘ 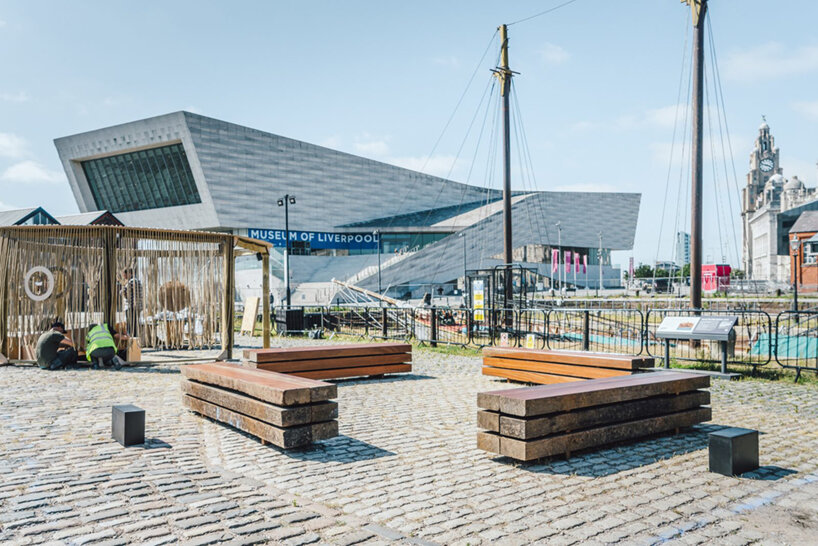 asif khan specifies: ‘history is like the ocean, with all its depths and betrayals. looking from the shore these waters feel like we belong to us, and yet the sea is so different from where you are in the world. history can wash things away one day and bring them back like ghost ships the next. coming to terms with history is how we grow as individuals, as communities, and – we believe – it is what makes life and cities beautiful.

‘for the national museums in liverpool we have formed a different kind of design team – not just to deliver a project, but to ensure one that makes a lot of sense. this new piece of history will welcome voices from across Liverpool and around the world to places and people linked to Canning Dock. ‘ 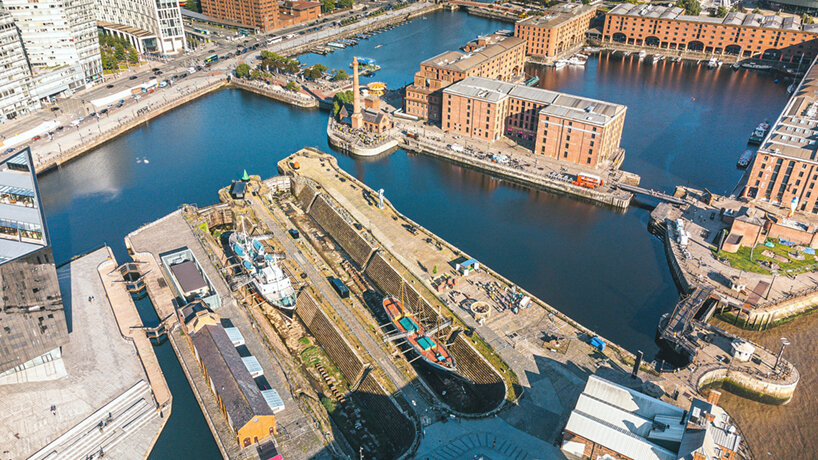