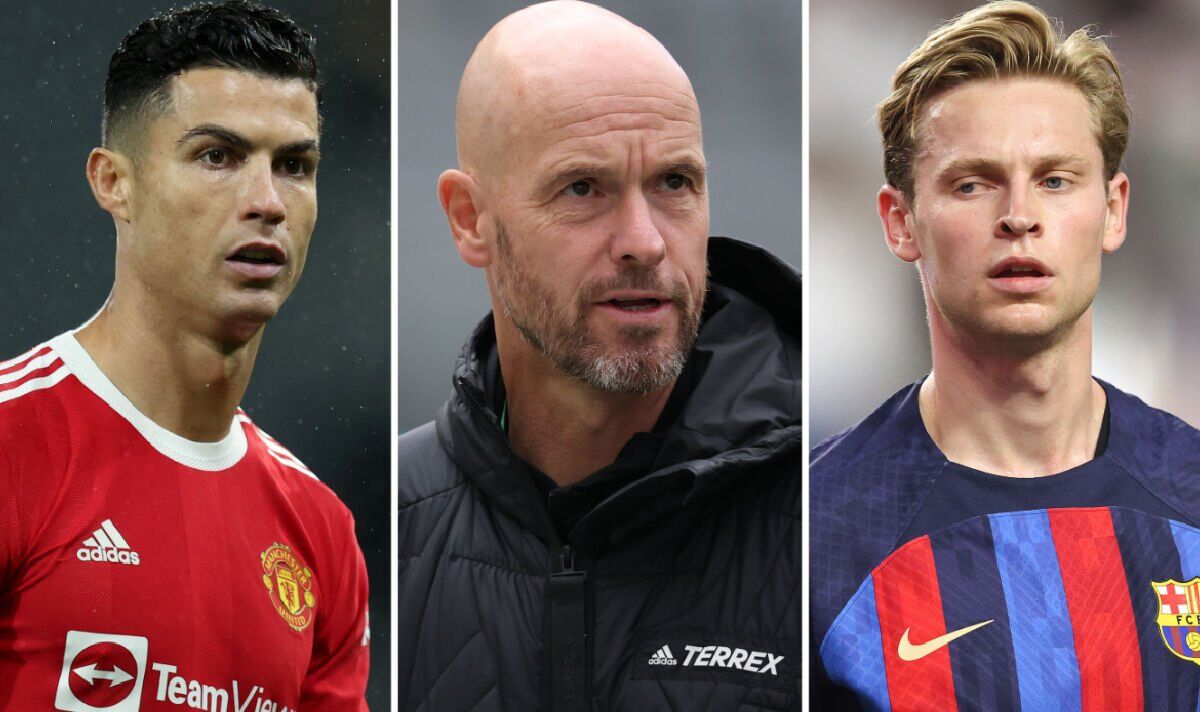 Manchester United’s pursuit for more signings ahead of the new Premier League season continues. Erik ten Hag has signed Tyrell Malacia, Christian Eriksen and Lisandro Martinez so far this summer but is desperate for Frenkie de Jong and had also wanted to sign another Ajax player in Antony.

The new Premier League season is just a week away as the transfer window remains open until September 1. And United may have to wait until the start of the new campaign to welcome more new arrivals as they struggle to make progress on De Jong. A deal is agreed with Barcelona but the Dutch midfielder is holding on as he owes the Spanish club £14million in deferred wages and expects to be paid.

He won’t take a pay cut to stay at Barca either, leaving the Catalan club to seek a solution. They have already approved a sale but the player is stubborn. Elsewhere, Cristiano Ronaldo still wants to leave the club. The Portuguese striker prefers playing in the Champions League but is struggling to find a viable destination.

His big wages, age and demands to be competitive in the European Cup have limited his options to very few clubs, with Chelsea, Atletico Madrid and Bayern Munich looking to rule themselves out of a move. Sporting Lisbon, Ronaldo’s former club, have now emerged as a potential option.