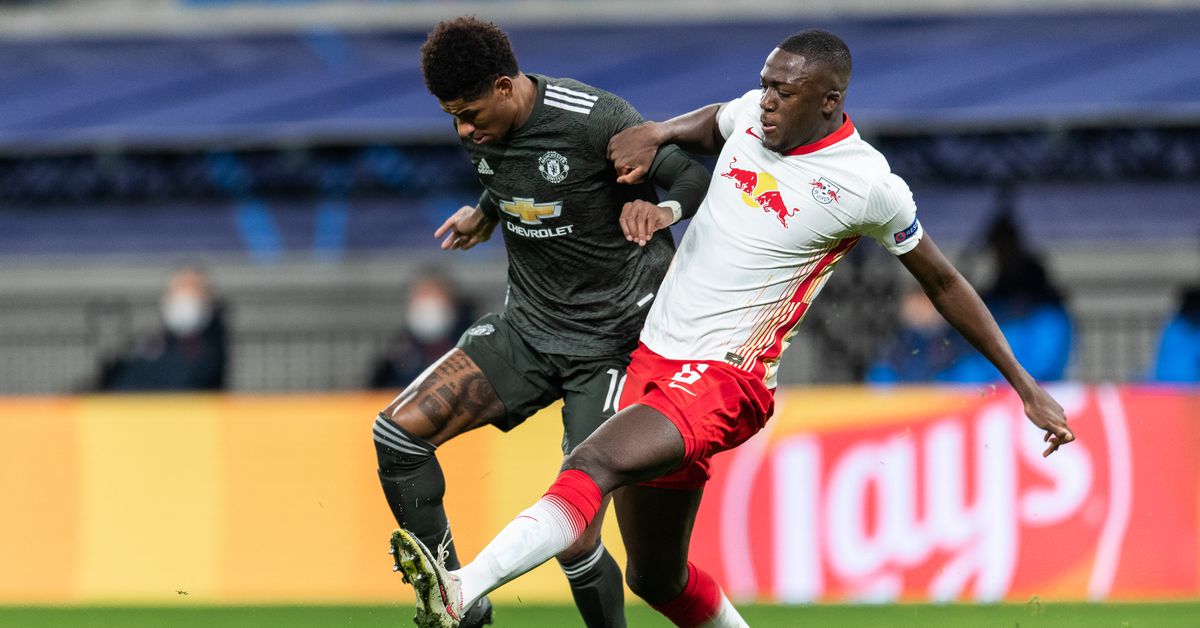 After winning the Champions League in 2019 and the Premier League in 2020 ahead of third place in 2020-21 amid a tough season, the goal heading into 2021-22 will be for the Reds to return to fight for. the biggest trophies in the game. What, if anything, will they need to do to get there?

Buy a center back. That’s it. It’s the only thing the club had to do, and with the signing of Ibrahima Konaté, they have already done so.

Really though, if we don’t do anything else, the addition of Konaté, the return of the fans to Anfield and a normalization of injuries, finishing and VAR margins should get us back comfortably into the title race, pushing for this. 90 point mark that should be the target of any team that wants to be in the title race.

Ideally, however, we also find new homes for a group of fringe players, add a central midfielder to replace Gini and refresh an aging position group, start to return our front line and cover for Trent who is not. a teenager. It will be a weird and unpredictable summer, one that is even more complicated for the euros, so it will be very interesting to see how much movement there is in the market.

The addition of Konate is good. If it was FIFA I would have kept Ozan Kabak too, but £ 18million for what would be a fifth CB pick if the club didn’t think Joel Matip was leaving, it’s just not practical in the real world. Still, another midfielder should be on the shopping list with the departure of Wijnaldum, and whether Harvey Elliott gets his shot this year or not, I’d like to see another promising young striker brought in.

Plus, Andy Robertson has played so much over the past two years that a trusted left-back MP is an absolute necessity. If Jürgen Klopp thinks it’s Tsimikas, perfect, but if the club don’t think he’s up to the task, they really need to find someone who is. You are playing with fire if you rely on Robbo to keep starting each match. More than anything, most of these guys just need a fucking break. It’s a shame that many of them don’t get it thanks to the international summer service.

The middle-half issue may seem largely resolved, but a singular Diogo Jota as a backup for Salah, Firmino and Mane’s triple threat seems like another potential risk to deal with. We saw what happened when Jota got injured and the top three simultaneously lost their goal shoes, and it would be nice to have another goal threat.

It would also be great to have a Gini replacement and viable save options for Trent and Robbo as it feels like Neco Williams and Kostas Tsimikas weren’t deemed ready. It may be unpopular, but Shaqiri, Keita and Origi are deadwood at this point, and I wouldn’t mind them being sold out this summer if that means bringing in a few new players.

And maybe while they’re at it, FSG could stop embarrassing us by not investing in LFCW and trying to join separatist leagues. It just doesn’t help the jokes and the moral and everything.

Depth, depth, depth. Kostas Tsimikas and Neco Williams are barely entering the field in a season where Trent and Robbo seemed severely overworked is worrying. The midfielder needs someone who can absorb great minutes after Gini leaves, and we’ll see if Keita or Ox can fight to get back into Klopp’s rotation. Harvey Elliot will be nice to have, but it would be really cool to have another experienced attacking option if Shaqiri or Origi leave this summer.

It would also be really great to see the Anfield loyalists come forward in full force again for big games, but before that happens I would like to see the club management make more openings to these so called legacy fans to repair the damage they caused by trying to found the ESL.

Konaté was the first must do, and kudos to the club for doing it quickly. The second is the signing of a midfielder. It is not an option. This is not a situation where the club can cross their fingers and hope that someone steps in to replace Gini Wijnaldum. Because Gini played 51 games last season. He played just one game under 5,000 minutes. He has played 1,500 minutes – almost 17 games – longer than any other Liverpool midfielder.

I firmly believe Jones is ready to take on a bigger role, but trying to replace Wijnaldum’s 5,000 minutes with our current midfield group would be as reckless as heading into the 2020-2021 season with three senior center-halves. . Ideally, and probably in everyone’s interest, Keïta and Oxlade-Chamberlain could find new homes where they had a clearer path to regular playing time and their departures would fund a new signing that could take between 3,500 and 4,000 minutes.

Beyond that there is no real musts back. James Milner can still cover the rear on occasion and Neco Williams is a year older and hopefully able to replace the right-back a little better. If Adrian leaves, Kelleher is the replacement. If Shaqiri and Origi leave, maybe a promising young striker will arrive – but even then Harvey Elliott is a very promising young striker already in the books who will need a few minutes. And so many other things may to happen, but after bringing Konate, there is only one other thing that must.

It is really time for gamers to finally hopefully have a chance to rest and recuperate. Beyond that, even after Konaté, I would like at least a more capable senior center-back for depth. I also want to continue to attract young talent to start integrating them into midfield and attack. Hendo and Thiago will be 31 and 30 respectively to start next season, so someone in their early to mid-20s with an eye for a starting role in a few seasons would be ideal.

For the attack, another corps will be needed when Mo and Sadio leave for CAN in winter. With the whole aging frontline in place, it would be nice to see someone come in in their early to mid-20s who could be seen as a successor to one of the top three who can push for minutes, like Jota was, rather than a Shaqiri-type Stop Gap.

I am not stressed by the center-backs. I know everyone – and probably everyone in their right mind – is a bit, even with Konaté signing, but what is it this season possesses fact is to clear up our panic stations. There is only a problem if either Virgil or Joe have contracted recurring injuries, and if not, I remain absolutely convinced that I have a new signing plus Matip to complete the top four and Fabinho as an option to go. ’emergency. It’s tough on Kabak, and I wouldn’t have had any qualms about keeping it, but I’d also rather spend £ 20million elsewhere as I’m not convinced we have a lot to spend.

With that in mind, Gini’s minutes are my main concern. It’s not lost on me that he’s played the most in midfield every year, and before this season that level of consistency has, I think, added a lot to what the top three could handle. I’m not 100% sure Jones is up for this role on a consistent basis, and while I love and appreciate our captain, he’s not one to be missed. less games as you get older. Then there is Thiago, who has never been brought in, I don’t think, to play 100% of the available minutes.

So at this point I would buy a midfielder. We don’t have a single player left in this field who has stayed in shape for a full season, if I’m not mistaken, and a strong backbone is crucial. James Milner can cover a lot of ground, but here it looks like he’s still playing as a full-back as well. I don’t really want someone flashy, because consistency is really the key here. Maybe there’s a smart Dutchman playing in a place like Newcastle who could adapt to what we’re doing in a really transparent way so that players like Trent and the top three and Jota shine.

This is all the same reasoning that would have made me let Gini write his own contract to stay while selling some of the guys who had more minor impacts over the past two seasons, but here we are. That’s why it’s not my job to make tough football decisions. And who knows, maybe Jones is ready, maybe what we really need is a player who can play directly and centrally.

We are rightfully in the territory of “players coming back from injury are like new hires” in a very important way, however, and buying a few succession planning players for the next season would make a lot of sense. Even as it is, I would be scared of us if I were another team in the league.