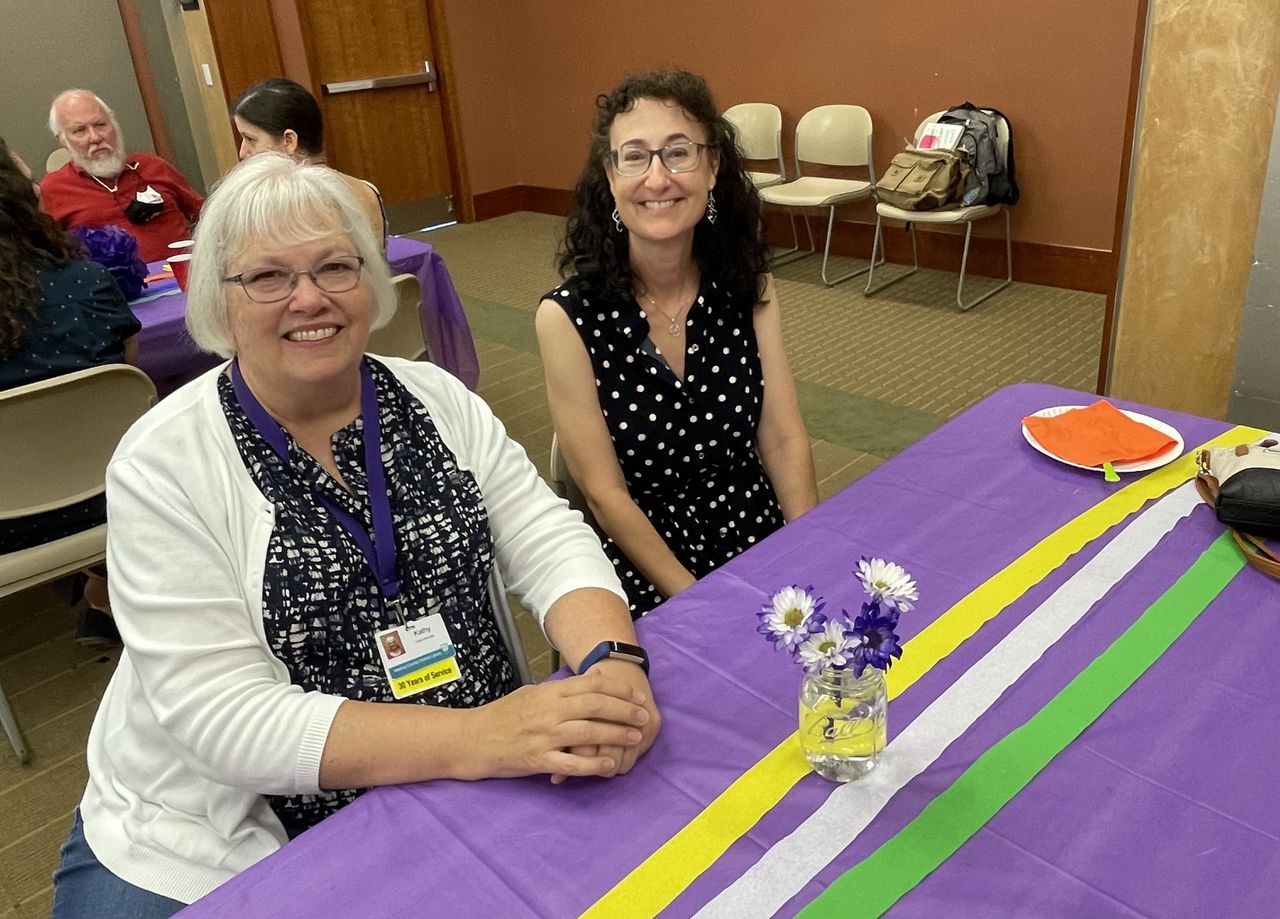 MEDINA, Ohio – After 34.5 years as an associate at the Medina Library, Kathy Petras recently enjoyed an afternoon retirement party attended by her colleagues, family and people whom she has helped over the years with questions of all kinds – especially inquiries about genealogy and local history.

Petras grew up on a farm near Caledonia, Ohio, before joining the Air Force in the 1970s to earn veterans benefits for his education.

She chose the Air Force so she could wear a blue uniform and travel, but said, “They put me in green fatigues” to do her job repairing airplane radios. Her first posting was in Ohio, but later she was sent to Okinawa.

In 1988, she joined the staff of the Medina County District Library (MCDL) and worked at the Medina Branch Reference Desk for 32 years.

Because her hobby was “digging up dead people,” when the Virginia Wheeler Martin Family History and Learning Center opened in December 2019, she was transferred there to work with genealogy, l local history, manufacturing space and digitization.

She would like to “thank the inhabitants of Medina who have entrusted me with their family history”. She commented that almost everyone has at least one skeleton in their closet.

Most of the guests who attended her party greeted her with a hug and words of praise.

According to Brunswick Library Director Connie Sureck, “She always amazes me with the incredible things she has done in her life. His knowledge of genealogy and local history is unmatched.

Wendy Campbell, a referral associate at the Medina Library for the past seven years, thought Petras was rather stern when she first worked with her, but “quickly realized she had a heart. Golden”.

In a Proclamation of Service Recognition presented to him by the MCDL Board of Trustees, Board Chairman Ryan Carlson praised Petras for being “an expert in deciphering handwriting most complex cursive written in a century”.

Rod Knight of the Liverpool Historical Society said: “There should be a law preventing Kathy from retiring! She always has a smile on her face, joy in her heart, and good response from her lips.

Tom Hilberg of the Medina County Historical Society, Susan McKiernan of the Weymouth Preservation Society and other history and genealogy enthusiasts stopped by to express their thanks for his years of service.

Petras says she will relax in her retirement, but also plans to help the Medina County Historical Society digitize hundreds of photographs donated to the society over the years.

She looks forward to having time to do what she wants. She certainly earned that right.

Learn more about the Sun of Medina.