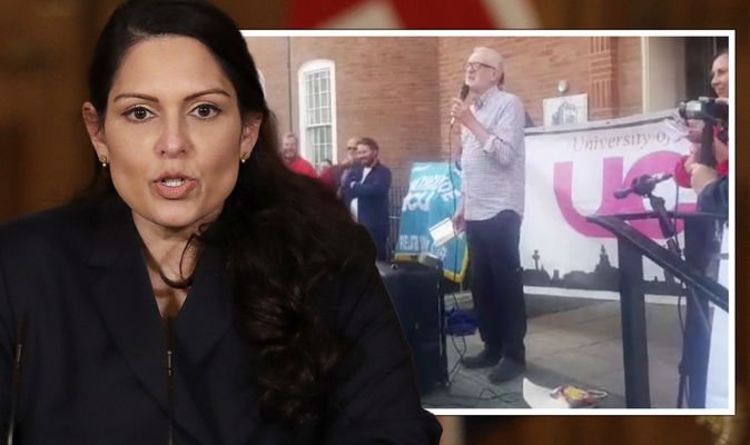 Speaking at a rally in Liverpool, the former Labor leader criticized the new laws proposed by the Home Secretary. He said the government was cracking down on the right to free speech.

The Police, Crime, Sentencing and Courts Bill is a sweeping piece of legislation that has implications for everything from conviction for child murder to the right to protest.

The bill gives the Police in England and Wales more powers to impose conditions on non-violent protests deemed too loud and thus causing “intimidation or harassment” or “serious unease, alarm. or distress ”to the public.

It also aims to expand the area around Parliament where certain protest activities are prohibited.

The legislation was passed by the Commons and will be voted on in the House of Lords in September.

READ MORE: Jeremy Corbyn could be reinstated as Labor MP

“The protests are part of an open, free and democratic society.”

The Member for Islington North was appearing at a union rally protesting against the mandatory layoffs of two staff members when he made the remarks.

READ MORE: Momentum on the brink: Corbynites fear being wiped out by Starmer

However, Ms Patel denied that the government seeks to clamp down on free speech.

During the debate on the legislation in parliament earlier this year, she said peaceful protests were a “cornerstone of democracy”.

Explaining the reasoning of the bill, she added: “The current legislation that the police use to manage protests, the 1986 Public Order Act, was enacted over 30 years ago.

“In recent years we have seen significant changes in protest tactics, with protesters exploiting loopholes in the law which have resulted in disproportionate disruption.”

One of the most significant changes to the legislation will be the ability for police to set time and noise limits for static demonstrations.

Since the 2016 referendum, some pro-EU activists have staged strong protests outside the House of Commons on a daily basis.