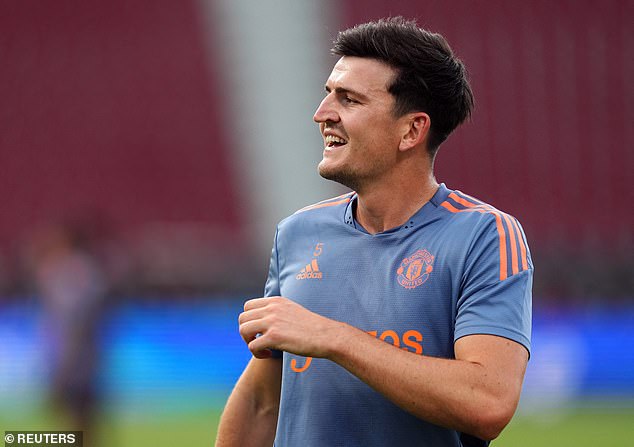 By Chris Wheeler for MailOnline

Maguire’s position as skipper has been thrown into doubt after the England defender lost form and his place in the squad last season.

Ten Hag was also less adamant in his support for Maguire retaining as captain when he was unveiled in May, but the United boss confirmed his decision ahead of Tuesday’s friendly against Liverpool in Bangkok.

“Harry Maguire is our captain,” Ten Hag said. “I have to get to know all the players, but he’s an established captain and he’s had a lot of success.”

The news is a welcome boost for Maguire following a difficult season and with United looking for a new centre-back after submitting an improved £43m bid for Ajax’s Lisandro Martinez.

Martial spent the second half of the campaign having little impact on loan at Sevilla, and could yet leave United for good before the transfer window closes. Rashford lost form and confidence and fell below Anthony Elanga in the pecking order at the end of the season.

“What I know and see is that they impact the opponent and can hurt opponents,” Ten Hag said.

United could hardly have picked a tougher first game for their new manager as they take on old rivals Liverpool at the Rajamangala National Stadium.

They lost 9-0 on aggregate to Jurgen Klopp’s side in their two Premier League meetings last season.

“Playing against Liverpool is always exciting,” said Ten Hag. “It’s a big game, we’re looking forward to it and it’s a very good test for us.

“The norm at Manchester United is to win every game, so we’ll start with that in mind and be determined.” We are happy to play this game in Bangkok for so many fans.

“We have just started, some players only a week. Now you have to build a team and a way of playing. We are really short of pre-season but, of course, we have to develop a lot more.