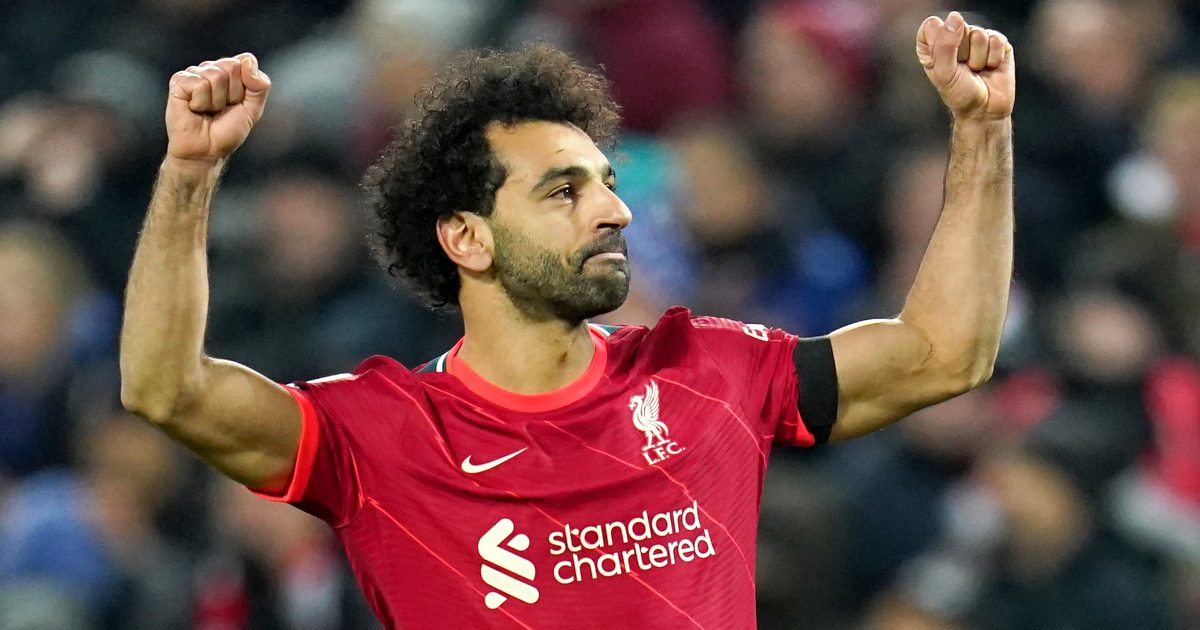 The Letterbox believes the FSG is pulling the wool over the eyes of Liverpool fans, while a Spurs supporter bemoans the FA Cup schedule.

Get your point of view on any subject in [email protected]…

FSG con
One of the biggest tricks FSG has played on the Liverpool fan base and apparently Dave LFC over the past few years convinced them we had no money.

Every time I took my seat at Anfield at the start of the season I was silent and squealed every time people chanted ‘reds don’t have money, we’re still going to win the league’.

A quick Google tells me that Liverpool is currently the 5th highest earning football in the world.

You can make all your (flimsy) arguments on whether we should meet Salah’s wage demands, or draw wildly speculative and misguided parallels with Barcelona despite the fact that LFC haven’t invested in our squad for 2 years, of course. But we *can* categorically afford to pay Salah’s salary.

I suspect you will value Salah in hindsight.
seamus

…Dave LFC makes a great point of not being able to prevent their best player from moving on to other better-off teams.

He declares petro dollars for PSG and Man City, also very true so fair play. I agree 100% with the point.

Welcome to the challenge that 99% of other football clubs who cannot compete with the imbalance of football finances for one reason or another (mainly Premier League and Champions League financial doping) face and why they are therefore unable to prevent their best players from moving. to clubs that can pay more wages.

Are Spanish clubs really broke?
We’ve read a lot lately about the dire state of Barca and Real, but it’s come to a head with Dave LFC explaining how Liverpool can’t afford Salah.

Madrid apparently signing unknown prospects for peanuts? Still, Camavinga was wanted by most of Europe and Vinicious was signed for €45,000,000 around a month after his debut.

Barca have some incredible youngsters that any club could sign (Gavi, Nico and Puig to a lesser extent) while rumors suggest Dubai could bail them out? Add to that they signed Torres from Citeh for a small fee.

Yes, Barca are under reconstruction, but that’s because they bought absolute shit for 5 years. Mbappe and Haaland are both moving this summer and, I bet my hat one or both end up in Spain.
Tom (Carlos is not very good) HTFC

Nothing without “fans”
You will all remember the condescending radio and TV commentators who kept saying how great it was to reunite with the “fans” after Covid. How important the “fans” are to the game and how without the “fans” the game was nothing and not as entertaining. They didn’t air that it wasn’t worth that much in ad revenue or TV rights, so I guess that must have been taken as read.

Now, I hate the term “fans” because it’s often used in a way that sounds like “little people,” especially around this time, plus I’m not a fanatic. At one point I thought that was a topic for another day, but as I write it seems fair to put it here. All that love for the ‘fans’ was forgotten with the schedule for the FA Cup tie between Tottenham and Brighton moved to 8.00pm on a Saturday night. You can almost hear the TV executives say “the little people won’t care, they’ll come anyway”.

8:00 p.m. on a Saturday night is quite inconvenient for a Spurs supporter, so must be a pain at Arsenal for Brighton supporters. Don’t talk, whatever you do, about the magic of the FA Cup.

There is clearly no consideration for people paying to watch the sport at this time and this is symptomatic of the little control and influence that paying football fans have when watching the team that they follow. We are given no consideration. I was already bothered by this week’s Spurs v Arsenal postponement (and loved the 16, about right conclusions) which was the result of a deal that could never have been verified by lawyers – if so they should be fired and replaced by a competent law firm as if the imbeciles who run football clubs can outwit you you’re in trouble. The NFL seems to have all angles and eventualities covered by watertight rules and regulations, so why not talk to them, Daniel Levy can arrange an introduction.

I won’t be going to the game and I know I’m whistling in the air when I say that the only effective way to stop TV executives (who have been given the power of the FA) to hold these games at times also ridiculous is that people don’t show up. I know there will be other fans with legitimate and similar gripes, so this isn’t just a one-eyed prospect.

As a Spurs fan, I will already have to put up with around 15 games in 21 days at the end of the season, no doubt arranged for particular times that don’t suit anyone other than Sky and BT (which are by no means the only villains here). Everyone will complain that it’s not fair to the players, but spare a thought to support it everyday, no one else does.
Rob (I had Covid so I feel miserable anyway)

The spirit of the rules
Just a quick note to say that Leeds have been fined £200,000 for not breaking any rules but going against their spirit.

I can’t wait for the punishments that surely come to all those teams that also don’t break the rules but cancel games.

……..Oh wait they are not.
Duncan dirty Leeds and their ways of spying

The Pep Enigma and FSG Anxiety
As I sit here in the hospital, I wonder if the nth fever is rona this time; Rob’s post got me thinking – isn’t Pep bored walking around the league almost every season? Most of us are bored of a PlayStation game once we’ve mastered it, and Professor Pep never ceases to collectively blow our minds; but the CL trophy still eludes him, it could be his last course before lowering the controller and moving on to another title (championship or national team, Pep for the three lions anyone? No?)

After admiring the Lex Luthor to our Supermen (Come on, we’re a well-established team, apart from the GK and this Rolls Royce of a CB, or was one). Rob is right again – They are our best team in PL.
But the concern is to invest more so as not to return to the days of sweating in the event of an exit for 4th place (if you consider last season a blip) or the Europa league (chills).

Bowen, Rapinha are the names mentioned and would gladly take them. There’s no guarantee that stellar signings from the Bundesliga would work out (see, Werner and Sancho v Bellingham and Haland).
But we need a prolific goalscorer or magician in the middle to continue unlocking teams and collecting maximum points next season. (Can Stephen Strange backtrack on Philippe Coutinho please)

Do.
Mihir. LFC. Mumbai. (Always would take the league over the CL)

If Dan assumes City have won the league this season (fair enough), then whatever 10 year period he wants to use is his 5 titles in 10 seasons. Or 6 out of 11. But definitely not 6 out of 10.

Nor have City ‘won 46 per cent of all domestic trophies at their disposal over the last decade’. That would be 14 out of 30 trophies, and to do that we need to win and include the League this season and start counting from winning the FA Cup in 2011. And doing a decade 12 to ‘prove’ your point seems a bit of a stretch.

So one more cut over 10 seasons is hardly statically significant I would say, so I’m not sure what you mean.