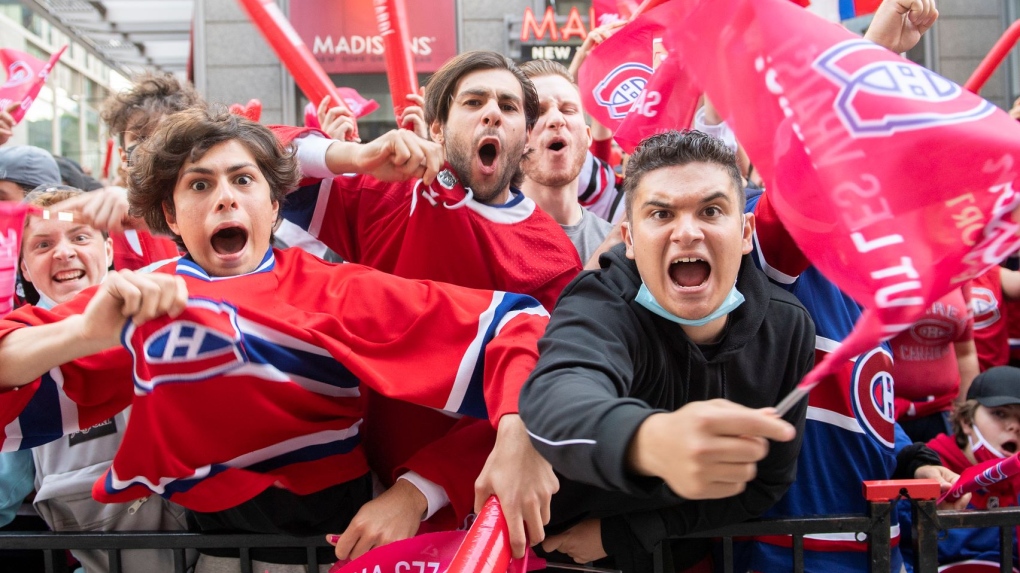 I was laughed at for suggesting that there should be protests against the Habs.

When I once tweeted (and later deleted) that I was organizing a protest outside the Bell Center to protest the mismanagement and team ownership, I was publicly mocked and humiliated in a quote tweet from a highly followed Habs Twitter account, which blocked me before I could even respond. Another Canadian Twitter personality of similar renown liked this quote tweet and then unsubscribed me, and several others blocked me as well.

Seriously, guys ?! Is it really that deep? Not only is it not a blockable offense, but sports protests happen all the time.

Or at least that’s the case in cheerful old England.

Mobilize for the love of the team

For years, Manchester United fans – my Premier League team of choice – have staged protests against their controversial ownership by the Glazer family (their US owners who also own the NFL’s Tampa Bay Buccaneers), demanding that they sell the club. The Glazers’ reign over one of the world’s most valuable football clubs has been marred by poor results, having won little silverware after manager Sir Alex Ferguson retired.

Most controversially, however, the Glazers put the club in debt hundreds of millions of pounds, while also making Â£ 494.1million (roughly C $ 833million) in earnings last year despite the pandemic. In 2006, the club’s income was only around Â£ 173million.

The club’s stadium, Old Trafford, has also been in desperate need of a facelift for years, something the Glazers had not fixed for a long time before finally investing at least Â£ 20million in renovations earlier this year after speaking with a group of United supporters before committing to their investment.

When the late Patriarch of the Glazer family, Malcolm, took over the club in 2005, fans protested at the time as well – death threats and all. (Malcolm Glazer passed away in 2014. To be clear, I absolutely am NOT Tolerate these tactics for a Canadiens protest.) A quick Twitter search also indicates United fans won’t stop protesting until the Glazers officially sell the club.

One of Old Trafford’s most recent protests was in May. Manchester United’s game that day against Liverpool was postponed after fans breached security and stormed the stadium, with players not even able to leave their hotel rooms.

This was to protest against Manchester United’s planned participation in the ill-fated European Super League. Protests have also taken place involving fans of other ‘big six’ Premier League clubs (each having joined the Super League), namely Arsenal and Chelsea. Following these protests and under increasing pressure, most of the Super League member clubs withdrew.

Fast forward so far: Although the Glazers remain owners, manager Ole Gunnar SolskjÃ¦r has been sacked after losing five of United’s last seven Premier League games, leaving them eighth in the table. His acting replacement? Ralf Rangnick, an innovative footballing spirit with a glowing CV in Germany and Austria.

These protests are not specific to Manchester United either: In 2017, Arsenal fans took to the streets to demand the sacking of longtime manager Arsene Wenger. Earlier this year, Gunners fans protested their ownership – led by another US billionaire Stan Kroenke – ahead of their game against Spanish club Villarreal. Wenger even admitted that the protests prompted him to step down as manager of the club.

In 2016, Liverpool fans staged a walkout protest in the 77th minute of the game when the highest ticket price rose to Â£ 77 (almost CA $ 130 today, tied with many ticket prices for Canadiens games). Outside of the Big Six, thousands of West Ham United supporters protested club ownership in February 2020, and many continue to do so. Mixing football and protest is not simply English either; fans in Germany also know one or two.

Now back to the Habs.

They’re in a goddamn sorry state, just months after making the Stanley Cup Final for the first time in a generation. The problem isn’t just training, the players, or our insipid power play and penalty kill. The rot starts from top to bottom, and mostly between owner Geoff Molson and general manager Marc Bergevin. I’m a little shocked that similar protests have never happened before – after all, we Montrealers like to protest things we don’t like.

Molson has been silent throughout the team’s disastrous season to date, which has led some fans to believe he is content with mediocrity as long as the money continues to flow.

Bergevin built a roster which, despite reaching last year’s final, is a poorly constructed roster that has seen a lot of turnover during the offseason, and lacked a clear identity for much of the season. Bergevin’s tenure in charge. He also put together this team to compete for the Cup, not to chase Shane Wright (who, frankly, is way more attractive than the playoffs at this point).

As this is the last year of his contract, it’s hard to think of any reasons to hang on to Bergevin in the future.

Longtime assistant general manager and Canadiens draft guru Trevor Timmins has made many picks since being hired in 2002, but he has remarkably missed others as well. However, the Canadiens’ biggest Achilles heel has been development, and it’s high time to come up with new ideas on that front – just ask Jesperi Kotkaniemi, Michael McNiven or Zach Fucale’s father.

Head coach Dominique Ducharme is also under extreme pressure, especially after being extended for three years. On paper, his list is no lower level, even without Carey Price and Shea Weber. But Ducharme has to shoulder his share of the blame for our horrific special teams, our -29 goal differential, our 14 losses in 21 games (including a lot of breakouts) and his preference for seniority over sheer skill – the more blatant on his part. do not put Cole Caufield on the first wave of power play.

There’s a lot for fans to do, and big changes are painfully needed.

This hockey club apparently prefers to remember the heyday of decades past, when the Habs were an undisputed power. These nostalgic journeys are immortalized thanks to the mural recently unveiled near the Bell Center. A beautiful work of art, no doubt, but it also feels like a weak attempt to distract from the disaster that is this season.

The problem is, the organization constantly feeds us stories of the “good old days” that have aged a long time ago. Personally, I don’t want to hear about Stanley Cup victories that I wasn’t even alive anymore. In fact, I had just turned two when they won in ’93. I want the success and the Stanley Cups to be celebrated here, now.

Demonstrating outside the Bell Center is not such a crazy idea. Damn, a bunch of Quebec nationalists had no problem doing it in 2012 when the Habs hired unilingual Anglo Randy Cunneyworth as interim head coach – an incident that likely frightened Molson into prioritizing him. French-speaking head coaches and general managers from that point on. But this worm box is a different column for a different day.

Either way, it’s important for fans to make sure the Canadiens organization knows they are fed up with this team’s years of sterility on ice, old-fashioned approaches and poor development. young people. Refusing to buy merchandise and / or tickets to games will hit Molson – whose family has a net worth of nearly $ 2 billion – where it hurts, but fans publicly raising their voices in front of the arena could attract the club’s attention more directly.

I’m not saying a protest has to take place – not at all. But football fans abroad have shown that protesting the sport is not without precedent. At a minimum, we should consider it. As long as no one is injured, there is no criminal behavior (this is not a guarantee given Montreal’s history of sports rioting) and the message is sent loud and clear. being peaceful is worth it. â–

For more sports coverage in Montreal, visit our Sports section.