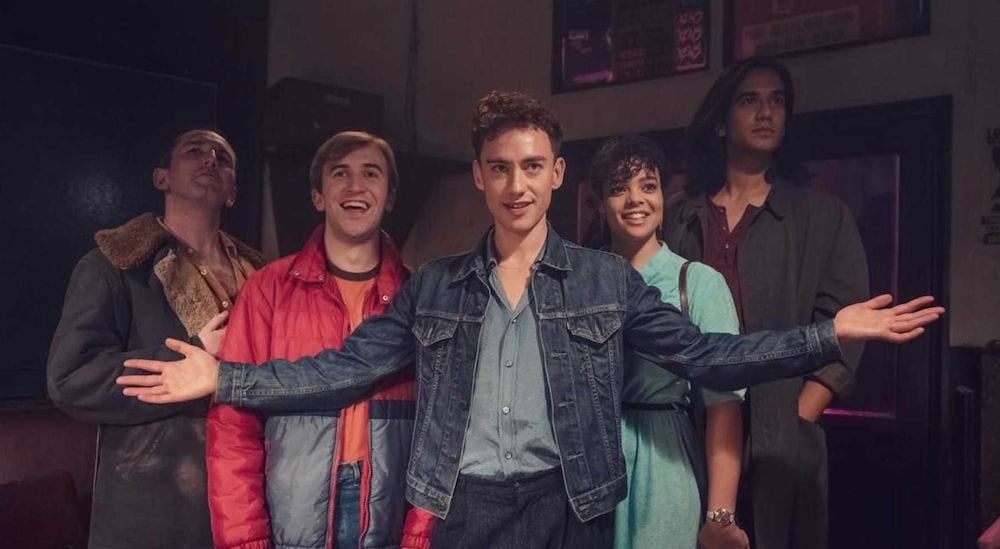 Channel 4: What is the latest version of the sale of the channel by the government?

It has hosted shows like Skins, It’s a Sin, Father Ted and Bake Off, but Channel 4 could go on sale from spring 2023 with foreign ownership not ruled out.

The government is set to continue with its plans to privatize Channel 4.

Here are the answers to some of the key questions about the decision.

Why does the government want to privatize the broadcaster?

The government has argued that Channel 4’s long-term future must be secured amid concerns about its survival in the age of streaming.

A statement from the Department for Digital, Culture, Media and Sport (DCMS) said it had made the decision to allow the channel to “thrive in the face of a rapidly changing media landscape”, while a A government source said the move would “remove The Straitjacket from Channel 4”.

Culture Secretary Nadine Dorries added in a tweet that she wanted the broadcaster to remain a “cherished place of British life”, but felt government ownership “prevents Channel 4 from competing with streaming giants like Netflix and Amazon.

She said: “I will seek to reinvest the proceeds from the sale into leveling up the creative sector, putting money into independent production and creative skills in priority regions of the country – delivering a creative dividend for all.”

The government source told the PA news agency: “C4 is a great company with a strong brand built around it, creative, innovative and distinctive, but a change in ownership will remove its shackles, giving C4 the freedom to to innovate and grow so that it can flourish and prosper long into the future and support all of Britain’s creative industries.

The government has also argued that a sale could allow the channel, which has limited ability to borrow money or raise private sector capital to invest in new platforms and products and not cannot own and sell its own content, establish its own production house and generate its own intellectual property.

What is the current model?

Channel 4, which was founded in 1982 to serve an underserved public, is currently government-owned.

It gets its funding from advertising, not from the taxpayer.

What has happened so far?

Ministers launched a public consultation on a possible change in ownership of the channel last July and Ms Dorries worked on 60,000 responses to the consultation.

The government informed the broadcaster of the decision to proceed with the sale on Monday. It comes after years of clashes between the two sides.

The DCMS said further details will be announced “shortly”.

Channel 4 chief executive Alex Mahon said ‘there will now be a long process ahead’, writing to staff in an internal email on Monday that it could take 18 months or more for the required legislation to be passed. passed by the House of Commons, then by the Lords.

“During this time, we will continue to work with DCMS and the Government, as well as our supporters across the industry to make the case to ensure Channel 4 can continue to deliver on its mission.” she declared.

Sales plans will be set out in a white paper later in April and will be included in a new media bill for spring 2023, according to reports.

Offers for the broadcaster are expected to arrive next year with a view to finalizing the sale in early 2024, ahead of the next general election due no later than May that year, the Daily Telegraph reported.

How did Channel 4 react?

A Channel 4 spokesperson said it was ‘disappointed’ with the decision but would ‘continue to engage’ with the government on the process to ‘ensure Channel 4 continues to play its role unique in the creative ecology and national life of Britain”.

The channel said it was presenting the government with an alternative to privatization that would “safeguard its future financial stability” and allow it to do more for the public, the creative industries and the economy.

Ms Mahon also said in the internal email to staff that they had come up with a ‘vision for the next 40 years’ which was rooted in ‘continuing public ownership’ and ‘based on the enormous public value that this model has brought to date and the opportunity to offer so much more in the future”.

However, she added that ultimately ownership of the channel was with the “government to propose and Parliament to decide” and that her priority now was to “take care of you all and the wonderful spirit of Channel 4”. .

The broadcaster said it will continue to engage with the government during the legislative process and plans to do everything in its power to ‘ensure Channel 4 continues to play its unique role in the creative ecology and British national life”.

What did other critics of the decision say?

Thick Of It creator Armando Iannucci tweeted: “They asked for ‘a debate’; 90% of submissions in this debate said it was a bad idea. But they continue anyway. Why do they want to aggravate the great UK TV industry? Why? It makes no commercial, economic or even patriotic sense.

It’s A Sin author Russell T Davies has previously said privatizing Channel 4 would be a “big crime” that would prevent programs like his hit series from being made.

Tory MP Sir Peter Bottomley said he opposed privatization because he felt it was “bad for diversity in television, bad for viewers and bad for independent producers”.

Philippa Childs, head of the Broadcasting, Entertainment, Communications and Theater Union, described the action as a “short-sighted sale of an incredible British asset”.

What did the supporters of the sale say?

Baron Grade of Yarmouth, who was the channel’s chief executive between 1988 and 1997, said ‘the status quo is not an option’ and his current tenure is like a ‘straitjacket’ in the current media landscape .

He told the House of Lords Communications and Digital Committee last October: “Channel 4 needs to do what all the other advertiser-backed free businesses do, which is to have its own IP address and be able to scale.

“Everything in Channel 4’s constitution is currently against that and so in my view very soon it will really start to struggle.”

Who could buy Channel 4?

Foreign ownership has not been ruled out, as long as regulator Ofcom’s “fit and proper” test for ownership is passed, according to reports.

The Telegraph reported that ITV would be interested, while Discovery held informal talks and Rupert Murdoch has been linked to a possible takeover. Deals from Sky, Channel 5 owner Paramount, Amazon and Netflix are also possible.

A government source told the newspaper that ministers ‘expect a lot of interest in buying C4 from a range of serious buyers who want to build on C4’s strengths and help unleash its full potential”.

How much could it be sold for?

No price tag has yet been set by the government, but reports suggest the chain could be priced at up to £1billion.

Ministers said they would seek to reinvest profits in the creative industries.

Tell us your opinion on the privatization of Channel 4 on Twitter.

Peter Pan at St Helens Theater Royal: when is it, cast and how to book