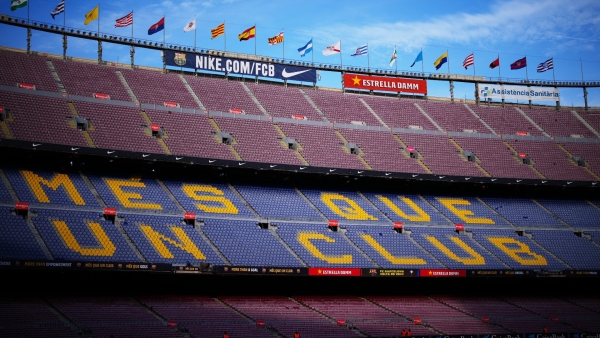 Pedri has been hailed as ‘the Iniesta, the Xavi’ of the Spain squad that will go after World Cup glory in Qatar.

The praise came from former Liverpool and Newcastle United left-back Jose Enrique, a player who was ousted from the Spain squad by the country’s latest golden generation.

Jose Enrique’s best playing years coincided with Spain’s most dominant period in international football, and while he doesn’t consider Luis Enrique’s side quite on the same level, the likes of the youngster Barcelona’s Pedri make him optimistic for the World Cup.

Spain won Euro 2008, the 2010 World Cup in South Africa and Euro 2012 in a sensational period of dominance. They haven’t won a major tournament since, but a burgeoning group of young talent is emerging again, with 19-year-old midfielder Pedri among the most exciting talents in world football.

“For me, the player who has the most projection in terms of image in this team is Pedri, he won’t be left out of the team,” said Jose Enrique.

“You also have Ferran Torres who is doing well for Barcelona and Pau [Torres], the central defender of Villarreal; I think he will also be essential for the team.”

“But to pick one that will make a 100 per cent difference, and it’s done that in the past, it’s Pedri,” said Jose Enrique.

“For me he is the star of the national team, the Iniesta, the Xavi. Back then it was different because there were a lot of them and that’s why Spain won everything. But if you mention Spain now, the first player that comes for me is Pedri.”

Pedri endured an injury-troubled 2021-22 season with Barcelona, ​​scoring five goals and providing one assist in 22 games in all competitions. Only five Barcelona players have created more chances than the 31 he has carved out.

In the previous season, he played a team-record 52 games, winning Tuttosport’s Golden Boy award as the best young talent in Europe. He is expected to continue to develop in his responsible role in coach Xavi’s Barcelona squad in the new season.

Barcelona greats Xavi and Iniesta were at the heart of the indomitable Spanish midfield for their three successive major tournament triumphs.

Jose Enrique was playing in the Premier League at the time but didn’t go any further than the Spain U21 side, such was the strength of the whole national team.

He says the current group of players and pool that have brought Spain to glory over a dazzling four-year period cannot be compared, but stressed that does not mean the new breed cannot to succeed.

A run to the semi-finals of Euro 2020 was a step in the right direction for Spain, after a series of disappointing performances on the big stage, fueling Jose Enrique’s belief that they will be a threat when Qatar host in November and December.

Spain have to navigate a tough group that will see them take on Germany, Japan and Costa Rica.

“Spain will always be one of the favorites because I believe Spain always are,” said Jose Enrique. “But winning a World Cup is not easy and Spain did it: Euro-World Cup-Euro when they had a brutal selection of players, and now it’s completely different.

“He has a magnificent coach and a squad that changes according to the performance of the players and I love that about Luis Enrique, but it’s true that you can’t compare.

“We now have a young squad with few veterans, and they could win the World Cup because anything can happen in football. England had a very young squad and qualified for the World Cup. [2018 World Cup] semi-finals.

“Young people have more support than before and Spain can be a surprise because Luis Enrique knows how to play very well. He has young players but full of desire and hunger. The most important thing for me is to start well. S if they do, they are capable of winning against any team, and why not Germany.”