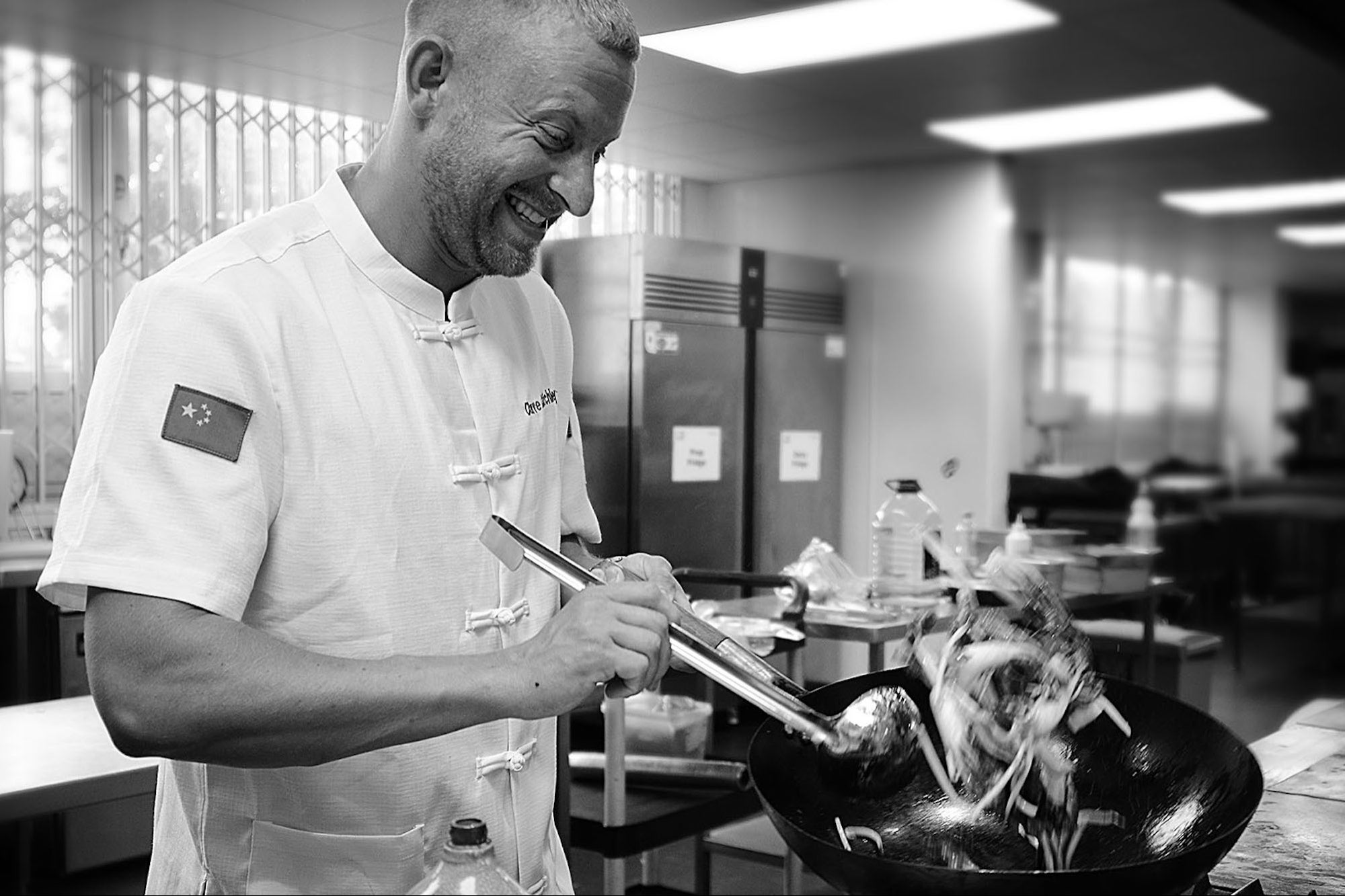 Authenticity is commonplace on social media

Takeaways from this episode:

Mental health plays a major role in hospitality — The world has suffered greatly from the pandemic. The hospitality industry has been significantly affected. Chef Dave Critchley says the industry’s ability to bounce back depends on the environment being livable.

Authenticity is the motto — When it comes to social media marketing, chef Dave Critchley thinks there’s no better technique than being yourself. He leaned in to tell his authentic story on social media and developed a large following online by being honest.

Balance is essential — Chef Dave practices what he preaches and has built his business around balance and the well-being of himself and his employee. Making restaurants a better place to work contributes to hospitality and the future of business.

Chef Dave Critchley of the Lu Ban restaurant in Liverpool is responsible for creating magical moments with food.

Food plays a vital role in society. It is the way to a person’s heart. It is often the constant variable in some of our fondest memories. It’s the elixir that seems to fix everything, even if it’s only for the moment. It’s almost impossible to be upset while eating a good meal.

Serving great food is a responsibility Chef Dave takes seriously. He fell in love with the industry at the age of 15 and still does to this day.

“I just bumped into the local pub and asked for a part-time job,” Dave Critchley said of his restaurant debut on the Restaurant Influencers podcast, hosted by Shawn P. Walchef of https:/ /calibbq.media. “Being a chef was not something I wanted to do. But I fell in love with this kind of kitchen bustle.

Before working at the pub, the chef and ‘Great British Menu’ contestant aspired to become a children’s book illustrator. Those dreams stayed with him through college, but his passion for the restaurant industry never waned and he turned his creative talents to cooking.

“I still had that kind of aspiration, that kind of talent, that skill, but it had turned to cooking by then. The camaraderie, the teamwork, creating those dishes and putting them together forward,” says chef Dave of the atmosphere of the commercial kitchen as a young man.

“As soon as I finished college with no other job available in the field I wanted to do, I went straight back to the pub and went there full time,” he says.

Still a student in the trade, Chef Dave, who was not yet officially a “chef”, describes his early years as a learning experience. “I got all my qualifications on the job to become a chef, and it’s something I’ve fallen in love with now. I kind of put all the artwork on the back burner. Pardon the joke.”

The learning continued as Chef Dave traveled to China in 2019 to study with some of China’s top chefs. This experience, he says, “really opened my eyes to what Chinese cuisine could be.”

In 2019, Chef Dave opened his own Chinese cuisine restaurant titled, Lu Ban, which is a nod to the creativity of China.

“Outside of China, Liverpool has the oldest Chinese community (in Europe), so it made a lot of sense,” he says of his decision. “Liverpool is my hometown, my passion, my city and I can bring them this amazing restaurant now.”

Recently, Chef Dave reflected on his role as a community pillar and started discussing mental health on Instagram Live streams. He believes mental health is at the forefront of the restaurant industry’s return to its pre-COVID shape.

“The last few years have been very difficult because of everything that is going on in the world. So hospitality has to come back to the fight, and we need everyone we can,” he explains. “I want to make it a nicer place for people to enjoy coming to work and enjoying hospitality again, because that’s what’s going to help us survive and grow as an industry.”

Chef Dave doesn’t just preach the importance of mental health, he’s taken steps to ensure he’s doing his part to create the environment he believes is conducive to worker success.

“We are a four-day work week. I think that was very important for us. We are closed three days a week. This allows us to do all our work; having the proper rest and downtime and also having a life outside of work,” says Chef Dave about his motivation behind this working model. “So most of our employees have those three days off to rest, recuperate and do whatever you need to. We have half a week to review and then he can come into work with a more positive attitude.

Chief Dave’s impact is felt throughout his community. He posts on social media from his heart. He leads with what he believes in and follows that with his actions. At a time when social media engagement has become the ultimate marketing tool, Chef Dave values ​​authenticity over likes. Although these also come when you keep it real online.

“I’ve always tried to be true to myself, and I find that people can come to me. They flock to me because they love me as a person. I do not know why.

Anyone should be able to see why what they do resonates. It is because he is true to himself. The man, the chef, the person, the passion and attention to detail is the reason Chef Dave and Lu Ban have been able to continue to create magical moments for so many guests.

NAME A RESTAURANT INFLUENCER “Do you know anyone killing him on social media?” Let us know by emailing [email protected] or sending the @calibbqmedia team a social media DM.

ABOUT RESTAURANT INFLUENCERS:
Are you sick and tired of scrolling through your social media feeds and not seeing your business anywhere?
Welcome to the Restaurant Influencers podcast series, sponsored by Toast.

Pimblett reveals how he hopes to give back to Liverpool