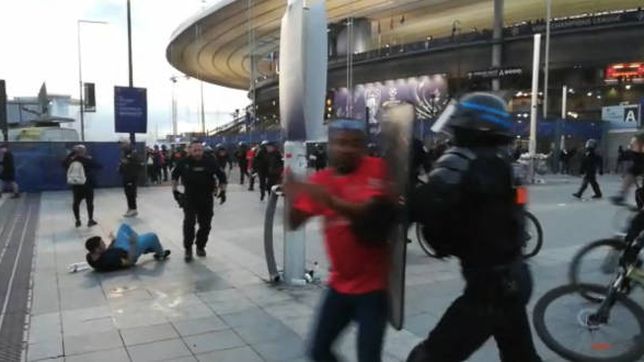 A plague on football: the events of the Champions League final in Saint-Denis

Thierry Henry warned viewers of this on English television a few days before the Champions League final between Liverpool and Real Madrid: “The final is in Saint-Denis, not in Paris. Believe me, you don’t want to be in Saint-Denis,” for which he was widely criticized in France. But he is right: Saint-Denis is not Paris, but a neighboring town with an illustrious past, where the kings of France are buried. And they built a big stadium there. Which didn’t seem like a bad idea, on the road between Paris and Charles de Gaulle airport. But over the years it has become a “suburb”, the one where no Parisian would venture at night. One of those areas now common to all of France and which help to explain why Marine Le Pen reached the second round of the recent elections.

On the night of the Champions League final, mobs of young thugs went hunting for foreigners, harass fans before and after the game to assault and rob them. They also attempted to sneak into the game. Added to this was the well-known anti-social behavior of some Liverpool fans. There was a stark contrast when Dalglish and Rush put flowers on a giant Liverpool crest in memory of Hillsborough victims (no mention of Juve fans at Heysel), outside the stadium a new generation was preparing to cause another disaster by pushing in an attempt to overcome resistance from security guards. Several thousand people showed up without tickets or with fake tickets, causing huge confusion

All this with the security of the game adapted to the current economy: few people, poorly trained and poorly paid, unable to cope with what they were facing. Add to that a day with a train strike and a stadium right next to a highway, making it difficult for fans to get in and control. The generally decent behavior of Real Madrid supporters meant that incidents on their side of the stadium were limited to assaults and robberies by neighborhood thugs to carry out murder, but on the Liverpool side there was a near-tragedy, caused by the penchant for hooliganism. A scourge for football of which England and France accuse each other instead of seriously considering their own responsibilities.

Soccer Aid 2022: Who are the Soccer Aid managers this year?

HSBC announces £400m fund for SMEs in Bristol and Bath