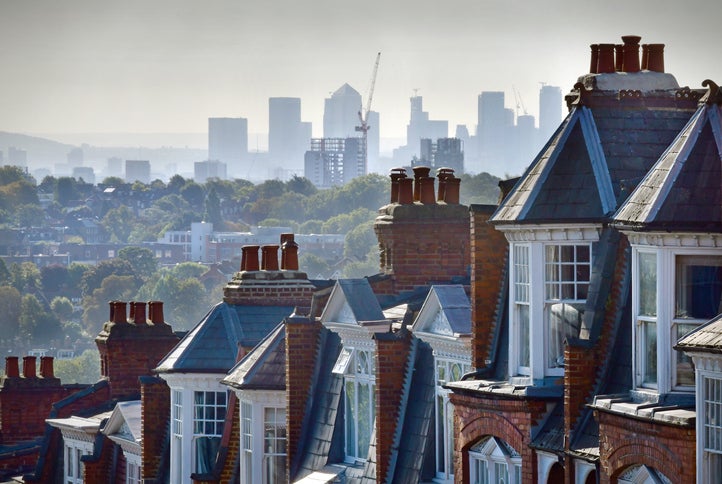 2021 Census: Which are the fastest growing cities in the UK?

The Office for National Statistics has released the first major version of the 2021 census, which tracks population size in England and Wales.

Across England, population grew by 6.6%, with faster growth in the country’s major cities. Greater Manchester and the West Midlands Combined Authority (Greater Birmingham) also recorded above-average growth. London led both with population growth of 7.7%, with some parts of the capital seeing population growth above 15%.

How is London’s population density changing?

London’s boroughs have the highest population density of any local authority in the country, with a number housing over 10,000 people per square kilometer.

Tower Hamlets is London’s most populous borough, with 15,695 people per square metre. It is also the fastest growth in the last decade, not only in the capital but in the whole country, with a population growth of 22.1% in the last ten years.

Tower Hamlets’ growth has been largely driven by international migration, with almost half of residents born outside the UK. The largest migrant group among the residents are those born in Bangladesh, but there has also been a significant growth in the number of EU migrants settling in the region.

Tower Hamlets’ population growth is set to continue as the area continues to build new homes, but borough leaders say they need more funding to tackle high levels of deprivation and meet demand for services In the region.

Outlying boroughs to the east and west have seen higher growth than more central areas, due to migration and people seeking cheaper housing, especially as improved transportation facilitates travel to the city center. In fact, three central boroughs – Camden, Westminster and Kensington & Chelsea – have actually seen population declines over the past decade, in part due to the high cost of accommodation.

In Camden, the number of annual births has fallen by a quarter since 2011/12, and the local authority has the lowest fertility rate in the UK, partly due to high numbers of university students, as well than the price of housing.

[Read more: The City of London would be the ninth-largest emitter of CO2 if it were a country]

Salford is experiencing the fastest growing population in Greater Manchester

Of the ten local authorities that make up Greater Manchester, three have experienced population growth greater than that of the country as a whole. This includes Manchester itself, which has seen its population rise by almost 10% since 2011, to 552,000.

The nearby town of Salford has seen its population grow by 15%, among the highest in the country, a fact attributed to high investment in house building in recent years, as well as the continued economic impact of developments such as MediaCityUK . Salford is still experiencing high levels of deprivation, with 19% of its population without an income, and Salford Council leaders hope economic growth will continue to deliver positive results.

[Read more: How Manchester is planning to get to net zero by 2038]

Birmingham’s population growth is the highest in Sandwell

Birmingham itself is the largest local authority in England, and still the only one with a population of over one million. Over the past decade, its size has grown by 6.7%, about the same rate as the country as a whole.

The strongest population growth in the West Midlands Combined Authority has been seen in Sandwell, the metropolitan borough which includes West Bromwich, where the population has grown by 11% over the past decade. Sandwell’s population is now nearly 4,000 people per square kilometer, not far behind Birmingham itself. Sandwell has a large youth population and a rising birth rate, largely due to international migration.

[Read more: Here’s why satellite towns shouldn’t be ignored in the devolution debate]

Economic growth increases the population of Leeds and Wakefield

Leeds, England’s second largest local authority with over 800,000 people, has seen strong growth over the past decade of over 8% as a growing economy, particularly in financial and business services, attracts new workers. Neighboring Wakefield has also seen strong growth, partly due to international migration, as well as large numbers of people moving to Wakefield from Leeds.

By contrast, in Calderdale, the metropolitan borough that includes Halifax, the population is only about 3,000 more than a decade ago, a growth of just 1.4%.

[Read more: Leeds vs Bradford – How a tale of two cities shows the need for place-based growth strategies]

Liverpool’s population has grown less than the English average

The Liverpool city area has seen population growth below the national average, particularly in the Wirral, where the population has barely changed over the past decade. The elderly population of Wirral has increased by more than 15% since the last census, while the population of young people and people of working age has decreased.

In Knowsley, the most deprived local authority in the country, the population has grown by almost 6% since 2011, with increasing international migration and a rising birth rate.

[Read more: Was the decline in Liverpool’s historic population really that unusual?]

South Yorkshire has also seen population growth below the national average, with only Barnsley’s population increasing by more than 5%.

Sheffield experienced strong population growth alongside economic growth in the first decade of the 2000s, but struggled to recover from the financial crisis. In 2011, Sheffield was England’s third-largest local authority, but slipped to fourth after barely changing in size over the past decade, while the rest of the country continues to grow.

[Read more: Some thoughts on why Sheffield’s economy has struggled]

Tyne and Wear has seen the opposite trend: the Newcastle center itself has seen strong growth of over 7% over the last decade thanks to economic growth and investment. However, across the river, South Tyneside, Gateshead and Sunderland have all seen their populations decline since 2011. Sunderland has seen increasing numbers of young people leaving the city, seeking better job prospects elsewhere.

[Read more: How did an EU investment hub like Sunderland become the poster child for Brexit?]

the current uncertainty could affect the economy for almost two years